Last year, we learned that the late namesake of Ravi Zacharias International Ministries (RZIM) was a serial sexual abuser. The famous Christian apologist had used donations to his ministry to fund his escapades, allegedly demanded sex from at least one massage therapist (and possibly more) at spas he owned, inappropriate touched and exposed himself to multiple women, and spiritually abused victims so they wouldn’t speak out against him.

While Zacharias died in mid-2020, plenty of people cast blame on those running his ministry. Why didn’t they track his spending? Why didn’t they take allegations seriously during his lifetime? There’s currently a class action lawsuit from donors who feel they were defrauded.

Many people who worked at RZIM resigned in protest. Several top leaders issued public apologies. And several affiliate ministries distanced themselves from RZIM or announced they would shut down entirely. But there were plenty of people connected with RZIM who either remained silent or defended Zacharias; at the very least, many felt the mission of the ministry far outweighed the actions of Zacharias himself and they weren’t willing to let the organization suffer.

Earlier this year, Zacharias’ daughter Sarah Davis, the current CEO of RZIM, announced that the ministry would remove the predator’s content from their website and rebrand entirely: “Effective immediately, we are also discontinuing the use of ‘The Zacharias Institute’ brand.”

But here’s the latest twist in the story.

Sarah Davis just announced she’s leaving RZIM (or whatever the new version of it will become) in order to start a new ministry called “Encounter.”

The problem is that “Encounter” appears to be nothing more than a cheap attempt at resurrecting RZIM without the albatross around her neck.

Consider that the new group’s mission is virtually the same as RZIM’s:

According to incorporation papers filed with the state of Georgia, Encounter’s purpose is “carrying the Gospel invitation to individuals and engaging in their questions so that they may encounter the love of Christ and enter relationship with Him.” It will also engage “thoughtful individuals in Gospel conversations,” and work on “training and discipling messengers of Christ’s love for their spheres of influence.”

The mission is not that different from the one stated on RZIM’s incorporation papers filed in the state of Georgia in 1986, when Davis was 10. RZIM was founded for “proclamation of the Gospel throughout the world” and “assistance in the development of evangelical Christian leadership.”

Maybe you think: That’s not really fair. Every evangelism ministry has the same basic goals. So what?

Well, according to Christianity Today, the new ministry is literally going to stay in the same building as RZIM.

And it may take funding from RZIM.

And it’ll be bringing along “a few junior speakers from RZIM.”

And it’s using the same attorney as RZIM.

But it’s totally not the rebranded version of RZIM, which is a separate thing. Got that?

Most importantly, perhaps, there’s no indication Davis would be running this ministry any differently from the last one. Instead of taking time to recognize all of her own failures and allowing better people to take her place, she’s just copy-pasting whatever she had before, making minor revisions, and hoping new donors never realize who her father was. It hasn’t gone unnoticed.

The new name and the new legal structure do not change that this organization is effectively RZIM.

If the sexual predator at the center of all this is dead, but so many of the people who worked with him are just stepping over his body as if they bear no responsibility for his actions, then the rest of us can safely assume they don’t take his sexual assaults seriously. It doesn’t matter that Davis is his daughter. She’s as fundamentally broken as he was. It’s clear she’s more interested in maintaining the family business than caring for the people her family has traumatized. 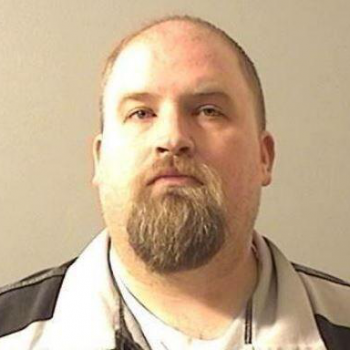