The Ravi Zacharias International Ministries (RZIM) is canceling itself.

Or at least it’ll change its name in order to end the association with the late Christian apologist who turned out to be a serial sexual abuser.

Zacharias’ daughter Sarah Davis, the current CEO of RZIM, released a letter this weekend explaining the future of a ministry that failed to rein in its namesake, allowing his abuse to run rampant for years. Davis says a number of changes are taking place and they’ll have more to say about them after a “thorough and fully independent assessment” is completed — but this little nugget was wedged into the end of the letter:

We are in the process of taking down Ravi’s content from our website and social media platforms, including publications, videos, and other forms of content, and we intend to change the name of the organization. Effective immediately, we are also discontinuing the use of “The Zacharias Institute” brand.

It’s the right move. His reputation has been thoroughly destroyed and the ministry (which takes in millions of dollars per year) will need to make a clean break if it wants to survive. It remains to be seen whether the same people who oversaw Zacharias will continue working with the ministry and how they plan to address their own complicity moving forward.

All of this comes after several affiliate ministries already distanced themselves from RZIM or announced they would shut down entirely.

While this is probably the only way the ministry could have survived, a lot depends on how they’ll deal with Zacharias in the future. They can’t pretend like he didn’t exist. They could make a real difference by truly reckoning with his past in a way that sets an example for other ministries. But a name change could also just be a convenient way to rebrand while keeping the money flowing.

The letter is a step forward. But by no means should anyone praise them anytime soon. They have a long way to go to make amends. They haven’t done the real work yet. 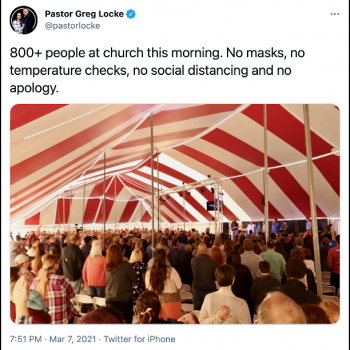