You wouldn’t necessarily expect a message of empowerment and self-worth from a condom company, but anyone who grew up with evangelical purity culture teachings about sex will understand what Trojan was referring to in this tweet:

Today, Trojan and @AdvocatesTweets are taking a stand for honest, inclusive sex education and challenging abstinence-only programs in schools with a gum wall in Washington D.C. Learn more at https://t.co/mysXB06NrX. #NotChewedGum #InformationIsTheBestProtection pic.twitter.com/RbJtdeWAzg

That’s a (very real) wall of gum in Washington, D.C. with the slogan “You are not chewed gum.” The message also says “Information is the best protection.”

It’s not unusual for abstinence-only programs to compare people (let’s face it — mostly young girls) who have sex before marriage to used gum, or roses without petals, or tape that is no longer sticky. The harmful (and baseless) message is that sexually active people have lost their value for a future spouse.

It’s not only objectifying on a non-religious level. From a Christian perspective, it implies that sexual sin is somehow the only one Jesus can’t redeem.

Teenage boys, on the other hand, are all but expected to have sex before marriage — and they’re easily forgiven for it — because, they’re told, they were created to be slaves to their impulses. It’s up to young women to keep them in check by covering themselves up and wearing those metaphorical chastity belts.

Good on Trojan for confronting these damaging teachings. You can read more about the campaign here.

In case you’re keeping track, the advertising team at Trojan now has the moral high ground over evangelical Christians. 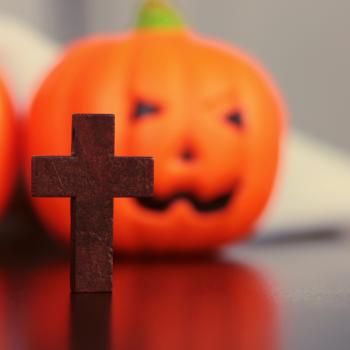 October 30, 2019
The Religious Right's War on Halloween is in Full Swing
Next Post 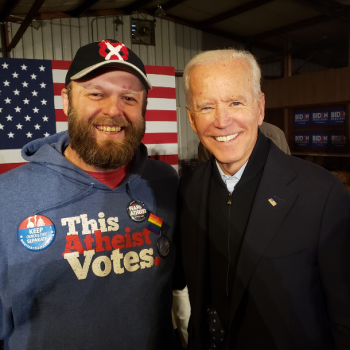