For months now, we’ve witnessed the fallout from the ministry of the late Christian apologist Ravi Zacharias, who we now know was a sexual predator who paid multiple massage therapists using donations to his ministry, allegedly demanded sex in return from at least one of them, inappropriate touched and exposed himself to women, and spiritually abused women so they wouldn’t speak out against him.

The Ravi Zacharias International Ministries (RZIM) even announced in March that it would rebrand to avoid any link to the predator.

We’re still not done with the fallout, with the ministry’s president apologizing and the heads of his “Institute” resigning in recent weeks.

The latest bit of drama to unfold involves a class action lawsuit brought forth by an NFL player and his wife. The nature of the lawsuit is simple: Derek Carrier, a tight end for the Las Vegas Raiders, and his wife Dora Carrier say they gave $30,000 to RZIM because they believed he was helping people spread the message of Christ. Now that it’s clear he was a sexual predator with virtually no oversight.

Since at least 2004, RZIM, led by Zacharias, has deceived faithful Christians, soliciting their financial support for its purported mission of Christian evangelism, apologetic defense of Christianity, and humanitarian efforts. Defendants bilked tens — if not hundreds — of millions of dollars from well- meaning donors who believed RZIM and Zacharias to be faith-filled Christian leaders. In fact, Zacharias was a prolific sexual predator who used his ministry and RZIM funds to perpetrate sexual and spiritual abuse against women.

… Instead, donated funds both supported an organization led by a sexual predator and financed Zacharias’ sexual misconduct, including, but not limited to, financing massage spas where Zacharias engaged in sexually predatory behavior and paying hush money to the targets of his sex abuse.

The Carriers say they’re not alone, either:

… Plaintiffs believe, and on that basis allege, that at least thousands of people have made monetary contributions to Defendants over the class period. As stated above, RZIM’s gross receipts totaled more than $26 million in 2014, alone, and RZIM states that it is completely reliant on donor funding.

The class action aspect of the suit would mean other donors — anyone who gave between 2004 until RZIM stopped taking donations in February of this year — could join the lawsuit. The Carriers, and the future plaintiffs, are asking for their money back along with legal fees and other potential costs.

RZIM may be rebranding, but this lawsuit could help strike a final blow to the predatory ministry that did far more harm than good over the course of its existence. 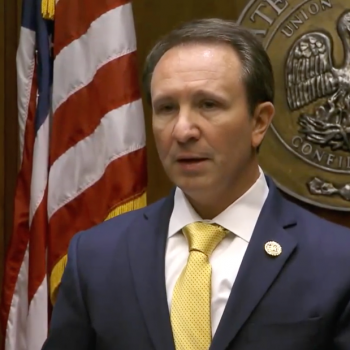 August 6, 2021 GOP Lawmaker Who Kicked Student in the Balls Finally Gives Up Teaching License
Browse Our Archives
What Are Your Thoughts?leave a comment