Last summer, conservative media outlets and Donald Trump promoted a video in which a group of doctors spoke about dangerous COVID conspiracies. The star of that video was Stella Immanuel, who said face masks were effectively useless and that she successfully used hydroxychloroquine on her own patients.

It didn’t take long before we learned even more about the pediatrician/minister. It turned out Immanuel had previously blamed gynecological problems (like endometriosis) on people dreaming about having sex with demons, and said that alien DNA was used in medical treatments, and claimed that scientists planned to use vaccines to stop people from being religious, and said homosexuality would lead people to Hell.

Those were all lies. She was a fraud. But because she was parroting right-wing talking points, the MAGA crowd never grew sick of her.

It’s no wonder, then, that Immanuel is now stating that Satan’s clones are attempting to murder unvaccinated people:

Stella Immanuel, one of the right's leading anti-vaccine "experts," claims that the devil has filled the world with clones who are now trying to kill all those who refuse to take the vaccine, which is a precursor to the Mark of the Beast. pic.twitter.com/EHpk1eLDZz

Just to get this out of the way, the Moderna vaccine doesn’t contain luciferase, which is an enzyme whose name comes from the Latin words for “light” and “carry.” Fireflies glow because of the same class of enzymes. It’s not evil. The vaccines are safe and effective. If medical doctors don’t understand that by now, they shouldn’t have a license.

Which is a long way to say Immanuel is insane, but since the MAGA crowd thinks she’s the best person they’ve got, she’s going to keep getting a platform within their bubble. When a person like that is your side’s answer to Dr. Fauci, though, you’ve lost the argument. Stop ruining things for the rest of us. 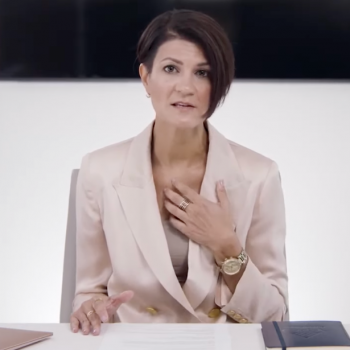 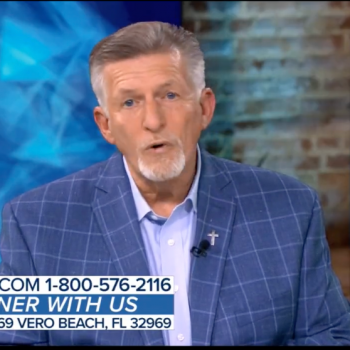 October 21, 2021 Rick Wiles: The Vaccine Contains an "Egg That Hatches into a Synthetic Parasite"
Browse Our Archives
What Are Your Thoughts?leave a comment