Jesse Lee Peterson: Educating Women is “One of the Worst Mistakes” Ever Made August 10, 2021 Hemant Mehta

Jesse Lee Peterson: Educating Women is “One of the Worst Mistakes” Ever Made

Right-wing radio host Jesse Lee Peterson, who has said in the past that Amy Coney Barrett didn’t belong on the Supreme Court because she ought to be in the kitchen, and that the election of Republican women have weakened the GOP, and that it was generally a “big mistake to educate women” is still promoting his bizarre brand of misogyny.

During his livestream Tuesday morning, Peterson insisted that educating women ranks among the “worst mistakes” this country has ever made. He added that educated women make for bad wives and mothers.

Christian radio host Jesse Lee Peterson says "one of the worst mistakes that this country has ever made was to educate women."

They're bad wives and mothers, he says, so avoid marrying them!… Unless you just want sex, in which case, okay. pic.twitter.com/QFsZeaZetf

… I’ve said over and over again that one of the worst mistakes that this country has ever made was to educate women.

Among the biggest mistakes out country has ever made, sure, there’s slavery and longterm wars and countless massacres of innocent people… but apparently letting women earn degrees is right up there.

Peterson thinks educated women can be used as sex objects but they serve no other useful purpose. And he arrives at that conclusion by citing the Bible’s order of God and Christ > men > women > children.

His rhetoric may seem extreme even among conservatives but the underlying belief that women have a pre-defined place in society (and it’s not at a university) is prevalent among plenty of churches. 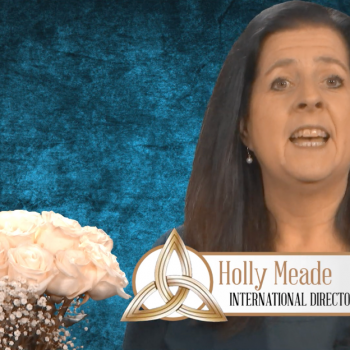 August 10, 2021 Christian Group Spreads Lie That COVID Vaccine Contains "Graphene Oxide"
Browse Our Archives
What Are Your Thoughts?leave a comment