Jesse Lee Peterson and Panelists Agree: It Was a “Big Mistake to Educate Women”

Right-wing radio host Jesse Lee Peterson, who has said in the past that Amy Coney Barrett didn’t belong on the Supreme Court because she ought to be in the kitchen and that the election of Republican women have weakened the GOP, moderated a group discussion this week on a very pressing question: Was it a mistake to educate women?

You won’t believe this: All of his “expert” panelists (who work on his show) said that it was.

Here's Christian radio host Jesse Lee Peterson and his panel of "experts" (i.e. his crew) discussing why it was a "big mistake to educate women."

Everything they say is as disturbing as you'd expect. pic.twitter.com/6oyWfdy1o3

JESSE LEE PETERSON: I wanna know: Was it a big mistake to educate women?… Hake?

PETERSON: So why was it a big mistake to educate women?

HAKE: ‘Cause look at ’em. They’re already, like, conceited and think that they know better without that stuff.

PETERSON: So not only was it a mistake for women to vote, it was a mistake to let them be educated as well?

[PANELIST] NICK: On the education thing, too, I realize you kind of have to have the love and logic of a man to protect yourself from getting too into education…

PETERSON: Chris, was it a mistake to educate women in America?

[PRODUCER] CHRIS: Well… in one sense, it was, but, I mean, it was done on purpose for nefarious reasons… The quality of everyone’s life… The quality will continue to go down and down and down until we’re literally in Hell unless we turn this thing around.

This is what incels talk about when they think only their fans are listening.

I don’t know that it’s worth debunking any of this when the idea of women receiving an education seems so damn obvious. But given how much these men talk about their Christian faith, it’s a reminder that faith and the idea of the natural “order of God,” as Peterson put it later, is routinely used by religious men to subjugate women.

It’s despicable thinking. It’s also not surprising coming out of their mouths. 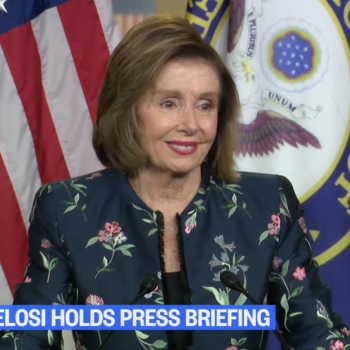