I always thought of the Christian Right legal group Liberty Counsel as one that was just on the wrong side of every important social issue. They were against abortion rights, against same-sex marriage, etc. Turns out I underestimated their utter evilness.

They’re not just trying to destroy their ideological opponents. They’re try to kill off everyone.

They’ve been on a tear, recently, spreading as much vaccine misinformation as they can, knowing full well that their members are the most gullible and least critically thinking people in the country.

Here’s what that looks like in practice. Yesterday, in a podcast between LC’s chairman Mat Staver and Holly Meade, their Vice President of Media who has no scientific credentials whatsoever, they just flat-out lied about the vaccines.

Last week we noted that Liberty Counsel has been incessantly spreading vaccine misinformation. That was perfectly demonstrated today when LC's Holly Meade claimed the vaccines contain graphene oxide for the purpose of "controlling people and linking them to the internet." https://t.co/lWIDLOuPfH pic.twitter.com/G19t5tTrwB

MEADE: Graphene oxide are in these shots. And that is poison. That’s like lead.

STAVER: And we’ve never used that on humans before.

MEADE: No. And the purpose is that it’s a conductor of electricity. So what does that say to you? This is not about a virus. But this is about eventually controlling people and linking them to the internet.

All of that is bullshit. These Christians are spreading bullshit to other Christians because they know the Christians who take them seriously are too cowardly to question them on it.

So where did Meade get that information? Probably from the former Pfizer employee who got plenty of coverage in right-wing media for spreading that very lie… even though she never worked with mRNA vaccines, never provided proof that the vaccines contain this ingredient, and never explained why the ingredient isn’t listed in public filings for the Pfizer or Moderna vaccines.

Meade didn’t acknowledge any of that. She just spread the lie. And Staver, too stupid to ask for her citations, just accepted it. Which is what you’d expect from a group that claims the vaccines are a “crime against humanity.”

One of the reasons our nation is struggling to cope with the Delta variant is because too many people aren’t vaccinated — and evangelical Christians, the sort of people who listen to Staver, are among the least likely to take this pandemic seriously. They don’t give a damn if people suffer and die — and they certainly don’t care if they’re the reason everyone’s struggling. They’re too selfish to care about others. Nothing in their faith ever taught them to have some respect for other human beings. And too many pastors are refusing to do whatever it takes to get their entire congregation vaccinated while calling out their colleagues for not doing the same. 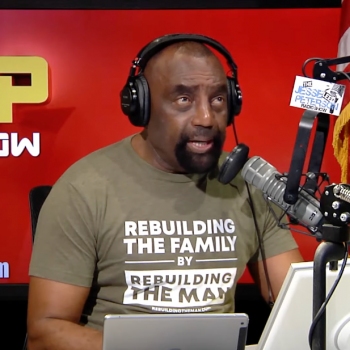 August 10, 2021
Jesse Lee Peterson: Educating Women is "One of the Worst Mistakes" Ever Made
Next Post 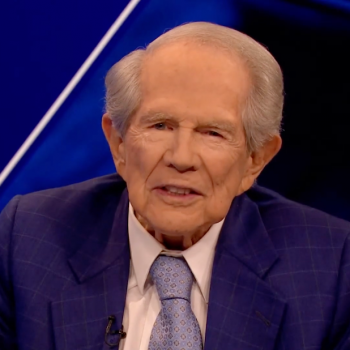