Evangelist Robin Bullock: God Spoke To Me and Said Joe Biden Should “Resign”

Televangelist Robin Bullock, who said last November that the COVID crisis could be blamed on people who voted for Hillary Clinton and that all gay people were actually just straight people inhabited by Satan, now says he had a private conversation with God.

And what did God tell Bullock? That Joe Biden, the apparently false president, will either resign or be impeached.

Well, not in those words exactly. Bullock claims he just heard the words “impeach” and “resign” and filled in all the gaps from there.

Self-proclaimed "prophet" Robin Bullock recently heard from God. What did he hear? The words "impeachment" and "resign." His conclusion? "Joe Biden is still not the president, he's never been the president … and he never will be the president." pic.twitter.com/aZ9JYKxAmZ

You know, for a guy who’s apparently not the president, Biden is getting quite a bit done (given the constraints of the Democrats’ majority) with the potential for much more. In terms of moving the country forward, it’s more in his first year than Donald Trump — the not-bogus president? — ever did in four.

Needless to say, Bullock and his band of self-proclaimed prophets don’t have the best track record when it comes to predictions.

Forget Biden. Maybe God was sending Bullock some hints about his own future. 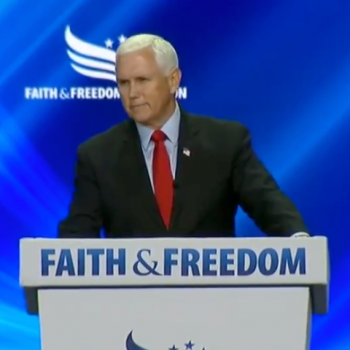 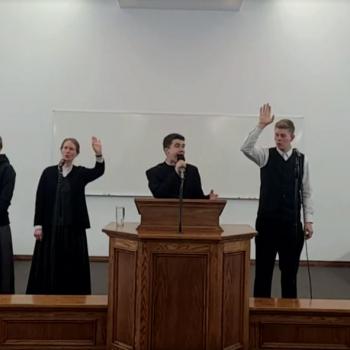