Is the Church of God Restoration a Cult? The Warning Signs Are All Too Clear. June 19, 2021 Rebekah Kohlhepp

Is the Church of God Restoration a Cult? The Warning Signs Are All Too Clear.

On Thursday, the CBC released an exposé on a (so-called) church in Manitoba that has been fighting pandemic restrictions over the past year, putting the public’s health — as well as that of its own members — at risk.

But for anyone familiar with Steven Hassan‘s BITE model for identifying cults, the description of the church offered by many of its former members will be… alarming.

If you’re not familiar, the BITE model identifies cults by determining whether groups exhibit behavior control, information control, thought control, and emotional control. (The operative word here is “control.”) Many groups, from religious sects, to shady businesses, to oddly reclusive communities, can have cult-like tendencies or at least mark off one or two boxes on the BITE model.

This church covers at least half of all the listed characteristics — down to the nitty gritty details.

Finally, one additional thing that this church does really stood out to me. It was so bad and so cult-like, and yet it wasn’t even on the BITE model.

“Wall says the breaking point that ultimately led to her leaving the church in 2019 — after three attempts — was when pastors started replacing references to God during worship with Tinsman’s name.“

Since Wall said she joined the church because it felt like the way to achieve salvation, this deifying of the leader should have been a bigger warning sign since it went against her own explanation of why she joined in the first place.

If this church isn’t a cult, I don’t know what is. We should be thankful, though, that members like Wall and Froese found a way out. Let’s hope others can escape as well.

June 19, 2021
Evangelist Robin Bullock: God Spoke To Me and Said Joe Biden Should "Resign"
Next Post 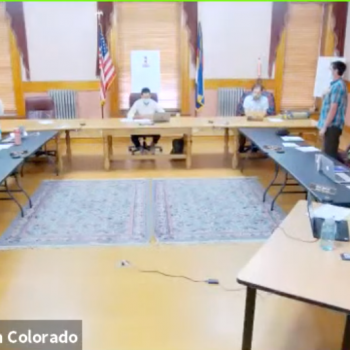