I’ve written before about my thoughts on atheists who support the current version of the Republican Party. I don’t think it makes sense to claim you’re logical and rational while supporting a party that promotes conspiracy theories and bigotry.

I also don’t think it’s a strategic or useful kind of activism to attend an event like CPAC. Unlike purchasing a booth at, say, a Flat Earth conference where your entire goal is to convince attendees they’re wrong, the atheists going to CPAC support the Republican Party’s policies. They’re not going to argue people out of their delusions; they’re going there because they believe those delusions, too… minus one of them.

Case in point: Yesterday, the conservatives at Atheists for Liberty celebrated a CPAC straw poll that claimed the most pressing issues for the party were election fraud (which didn’t occur), “Constitutional Rights” (as if they were seriously under attack), and immigration (because you know why). But since the issue most closely tied to the evangelical base is abortion, and that was lowest on that particular list, they were very excited:

For those who shit on my efforts to secularize the right, you can apologize anytime. Also, you're welcome.

How would you like a choice of secular parties to vote for? Coming soon, thanks to AFL. https://t.co/CdWDrpS9QP

There’s nothing for me to apologize for. A party that promotes secular harmful irrational conspiracy theories isn’t “better” than one that promotes religious harmful irrational conspiracy theories. This isn’t a “win” for reason. We’re not better off having a party of insane people who prop up Donald Trump, Marjorie Taylor Greene, Lauren Boebert, and all the other kooks who took center stage over the weekend just because they don’t necessarily bring religion into the picture. (Even though just about all of them normally do.)

Keep in mind that those items at the top of that poll — election fraud conspiracy and constitutional concerns — are routinely brought up in the right-wing echo chamber in the context of Christian Persecution. There’s a reason you saw all those Jesus banners and prayers during the Capitol riots, and church leaders have filed multiple lawsuits against sensible COVID restrictions.

The point is that religion is still at the top of that list even if not explicitly so.

Still, maybe the funniest reaction to CPAC came from anti-abortion activist Abby Johnson — the same person who said women shouldn’t vote and that, in her ideal world, “the husband would get the final say” in how a household casts a ballot, and who more recently urged her followers to spread COVID by going to church in person in defiance of lockdown orders.

Johnson was furious that there wasn’t enough overt religion at CPAC and (laughably) claimed the party was cozying up to atheists and LGBTQ people by allowing them to purchase booths to advertise their groups.

“They haven’t had one keynote speaker stand up there and talk about the attack on traditional marriage,” Johnson thundered. “And they can’t. Because some of their sponsors are gay conservatives.”

Johnson, who has previously spoken on CPAC’s main stage, said she was referring to the influence of groups like Log Cabin Republicans and Atheists for Liberty, which had booths at the conference.

CPAC isn’t a religious conference, per se, though there’s plenty of overlap with the demands of the Christian Right. To claim that allowing non-evangelical groups to pay their way to the conference means that the Republican Party supports LGBTQ rights or secularism is absurd to anyone who’s listened to their elected officials — or the speakers on stage. If those atheists have any “influence” in the party, I have yet to see evidence of it.

The Republican Party doesn’t represent diversity in any meaningful way and you have to be clueless to pretend otherwise.

They want a Christian Nation, but, sure, they’ll accept the votes of atheists who support that vision.

They support discrimination against LGBTQ people, but, sure, they’ll accept the votes of LGBTQ people who are fine with that.

That’s not hypocrisy, like Johnson claims. That’s opportunism. And if the Log Cabin Republicans and Atheists for Liberty can’t see how they’re being used by the Party as proof of some bigger tent that doesn’t actually exist, then… well, no surprise there.

But the secular movement writ large isn’t in a better position just because one group has a mild presence (that they paid for) at an event dedicated to pushing conspiracies, fighting democracy, rejecting science, and stoking racism. Just because some attendees at CPAC were receptive to their message doesn’t mean there’s an injection of sensible thought in the party. Just because people are worshiping a golden bust of Trump instead of Jesus doesn’t earn you points for atheist activism. 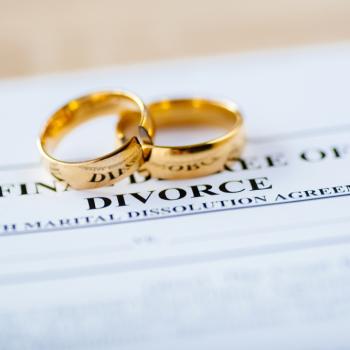 March 1, 2021 A Baptist Pastor Delivered a Wildly Sexist Sermon Telling Wives to Lose Weight
Browse Our Archives
What Are Your Thoughts?leave a comment