One of the headliners tonight during the Republican National Convention is anti-abortion activist Abby Johnson, whose speech will presumably be all about how Donald Trump has been great for the anti-choice community. (That’s arguably untrue but facts never get in the way of conservative Christians.)

Johnson’s story was most famously shown in the Pure Flix movie Unplanned, a propaganda film that was awful even by Christian movie standards. That biography was seriously questioned, despite Johnson’s later insistence that her story was true.

But in advance of her speech tonight, reporters are bringing up Johnson’s other disturbing statements.

Like the time she said police should profile her biracial son because he was “statistically… more likely to commit a violent offense over my white sons.”

VICE posted a copy of the now-deleted video:

“Statistically, I look at our prison population and I see that there is a disproportionately high number of African-American males in our prison population for crimes, particularly for violent crimes. So statistically, when a police officer sees a brown man like my [adopted biracial son] Jude walking down the road — as opposed to my white nerdy kids, my white nerdy men walking down the road — because of the statistics that he knows in his head, that these police officers know in their head, they’re going to know that statistically my brown son is more likely to commit a violent offense over my white sons.”

“So the fact that in his head, he would be more careful around my brown son than my white son, that doesn’t actually make me angry. That makes that police officer smart, because of statistics.”

Congratulations, evangelicals. You made math racist.

But that’s not all!

Johnson also said this past May that she longed to go back to a time when women couldn’t vote and when husbands voted on behalf of the entire family. She said that “In a Godly household, the husband would get the final say.”

One of tonight's RNC speakers tweeted earlier this year that one of her most controversial takes is she supports bringing back household voting, in which each household gets one vote, not allowing women their own individual vote. pic.twitter.com/Ii8rgnHmhG

You know, if white evangelicals want to take her up on that offer this November, I wouldn’t be opposed to it…

It also makes me wonder: Is she planning to vote for Trump? Or would that violate her white evangelical utopia?

This is the hero the Republican Party wants to celebrate: A racist anti-abortion advocate who literally doesn’t want women to have equal rights. The critics are right to say these people don’t give a damn about fetuses; they just despise women’s rights.

For what it’s worth, Johnson didn’t deny any of these things earlier tonight. She merely lashed out at her critics without addressing her old statements:

Pro-aborts are SO scared of my speech tonight that will pull back the curtain of the barbaric reality of abortion, they are scrambling to try to find anything to detract people from my message. Well, guess what?? You can dredge up whatever old tweets you want. I’m still speaking.

No one’s scared of the speech. Johnson’s scare tactics are entirely predictable. But the world should know about the role racism and patriarchy play in her views. 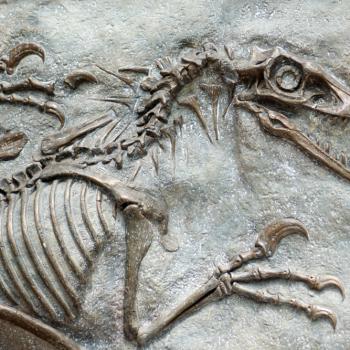 August 26, 2020 Jerry Falwell, Jr. Will Get a $10.5 Million Severance Package from Liberty U.
Browse Our Archives
What Are Your Thoughts?leave a comment