“Prophetess”: I’ve Time-Traveled and the Media Will Soon Say Trump is President

Self-proclaimed Christian “prophetess” Kat Kerr, who thinks there’s football in Heaven, that God will put back any baby lost through a miscarriage, and that God keeps a warehouse in Heaven for anyone who needs (for example) a new kidney, insists that Donald Trump is president and everyone in Heaven knows it and soon we will too.

"Prophetess" Kat Kerr was "taken forward in time" and shown the media being forced to announce that "Trump has legally won the election and he is the President of the United States for four more years." She says it'll happen within a couple of weeks … or maybe months. pic.twitter.com/DaiAdHgb19

They will be forced — I’m talking about the news — they will be forced to say these words: “Trump has legally won the election and he is the President of the United States for four more years.” I will take you forward in time, I saw what happened… It may take a couple weeks. It could take a couple months. But the whole time, God is working out that Plan until He can get everyone where He needs them…

… Even the news and the networks will… they be forced to broadcast the crime and corruption that has been exposed will shock and stun people to see who they colluded with overseas to overthrow this government. Everyone’s gonna know who did it and what they did, and in the end, the only thing left that they can do is give the presidency to Donald Trump because he won on November 3…

That right there is word salad with extra helping of batshit and brainwashing.

As any good “prophet,” though, Kerr doesn’t give a specific date for her prediction to come true. She leaves the window open for a future where she can say Satan disrupted the Plan, or Trump had a secret inauguration, or whatever else Republicans say to comfort themselves. 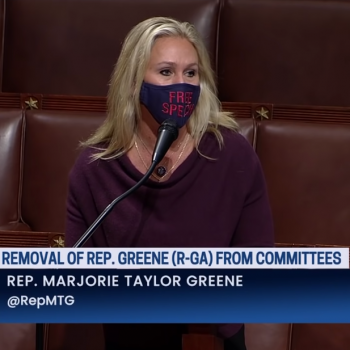 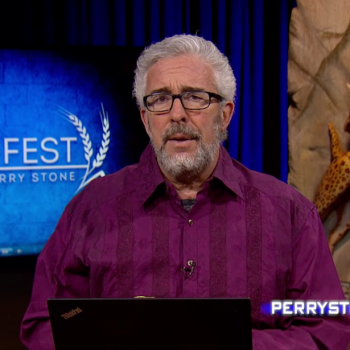