Kat Kerr: If You Lose a Child in a Miscarriage, God Will “Put It Back” Next Time December 3, 2020 Hemant Mehta

Kat Kerr: If You Lose a Child in a Miscarriage, God Will “Put It Back” Next Time

Listen: If you don’t know the answer to a tough question, it’s okay to say no.

But that advice never reached self-proclaimed Christian “prophetess” Kat Kerr, a woman who says with unearned confidence that there is football in Heaven and that Donald Trump won a surefire landslide victory in that election he just lost.

During an appearance on the Elijah List show yesterday, the host asked Kerr a rather specific question from a viewer: If you have multiple miscarriages, are there multiple children waiting to meet you in Heaven — or is it just one child that God keeps sending back into your body?

That’s a heartbreaking question since the woman asking it said she had gone through five separate miscarriages. Imagine how much emotional suffering she’s gone through to even ask a question like that.

She deserves to hear the truth. Instead, Kat Kerr gave her a clearly made-up-on-the-spot answer spoken with her usual brand of confident bullshit artist.

… Well, that is a very wise question that very few people actually ever ask… Sometimes, depending on who that is that God’s sending from Himself, if He needs that child on this Earth at a specific time — some people are going to freak out over this, just get over it — God, God, and He’s done in the past. If there’s somebody — I know somebody that that happened to. That He sent their child to be here during a specific time. This was just a few years ago, and the baby miscarried.

And God sent — this is what He does — He will take that little spirit, because it’s usually really early on, He’ll take that little spirit and, uh, put him back inside Himself, and then, when the parents try again, sometimes He will put it back a second time, because He needs them here. But most of the time, if you’ve miscarried five times, normally, you have five children in Heaven. And I guess we’ll all find that out when we get there.

None of that is true. None of that is even true using biblical references. It’s just pure ad-libbing under the guise of godly wisdom. Kerr is what skeptic Susan Gerbic might refer to as a Grief Vampire: someone who preys on desperation. That term usually applies to “psychics” who claim to be able to speak to your dead loved ones, but it applies here just as well.

I’m used to hearing fact-free Christian conspiracy theories which are part of some larger goal. This doesn’t even have a purpose. Kerr is spreading lies because she doesn’t have the ability to admit there’s a question about the supernatural that she might not know. What an awful thing to do. 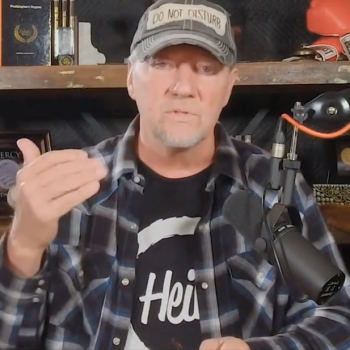 December 3, 2020
Christian Preacher: "It Is God’s Will for Trump to Win This, Not Biden"
Next Post 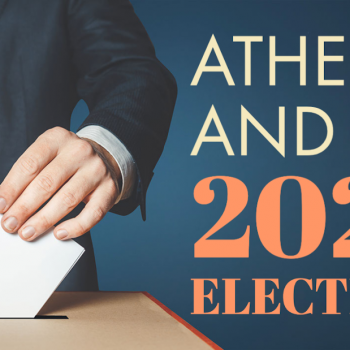