A Christian Preacher Got $3.9 Million in PPP Money… Then Bought a Private Jet December 12, 2020 Hemant Mehta

A Christian Preacher Got $3.9 Million in PPP Money… Then Bought a Private Jet

The last time we saw Lisa Guerrero of Inside Edition investigate a religious leader, she was asking Kenneth Copeland about why he needed a private jet because he had said the alternative was flying like everyone else in a “long tube with a bunch of demons.”

It resulted in this epic image: 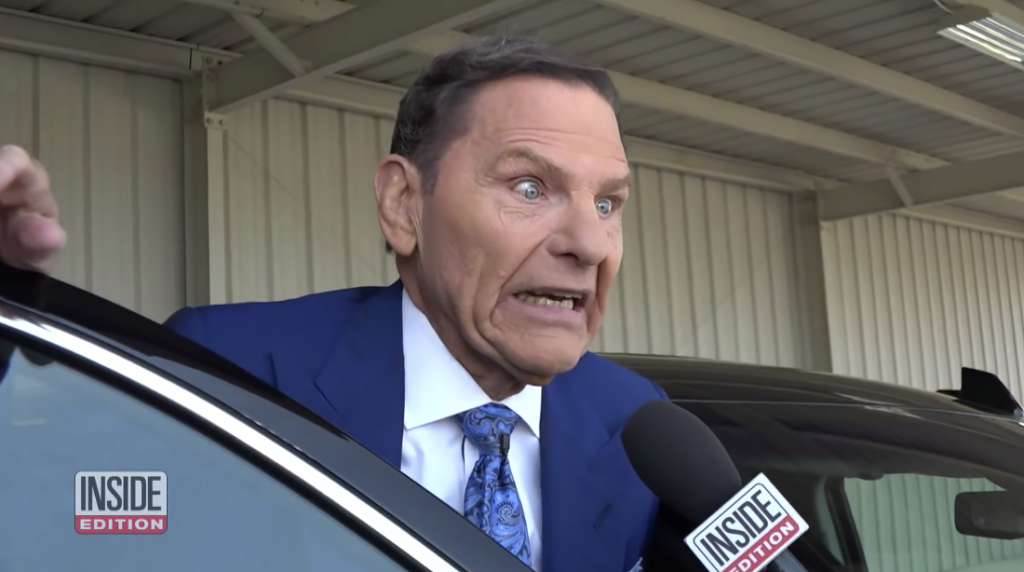 So when Guerrero said last week that she was looking into another preacher, Marcus Lamb, you knew something big was about to go down.

That segment aired yesterday. There were some necessary delays, but they were worth it.

Lamb heads up Daystar Television, one of the largest religious TV networks in the country, which is overseen by his (tax-exempt) Word of God Fellowship church. In 2014, the network was the focus of an NPR investigation for functioning as a business despite getting church-like tax breaks. Making matters worse, the “church” spent money on things like sponsoring a NASCAR driver, giving a loan to one of Lamb’s buddies (who later defaulted on it), and buying nearly $100,000 worth of Lamb’s wife’s book. The network’s board of directors was positively Trumpian, with Lamb’s family sitting in nearly every seat.

It was a clear example of what happens when the understaffed IRS can’t effectively provide oversight to religious non-profits.

So why was Lamb the target of Guerrero’s investigation?

Because Daystar TV applied for a Paycheck Protection Program (PPP) loan to pay its employees, and they received nearly $4 million of taxpayer money. That in itself isn’t a (new) problem since religious groups were allowed to receive PPP money to cover salaries for their staffers.

But Guerrero found out that Lamb, shortly after getting that money, purchased a multi-million dollar private jet…

That segment shows that Lamb used his plane to go on family vacations — hardly ministry purposes — but Lamb told Inside Edition they were “working” vacations. Even if he was seen golfing and even if his family posted pictures of their trips on social media. When confronted during one recent trip to Florida, Lamb said he spoke at a church and had multiple meetings.

But the questions from Guerrero served a purpose.

According to the show, after her initial inquiries, “the church paid back the entire $3.9 million it received from the government, with interest.”

Amazing how that money was just sitting around when it was supposed to go into staffers’ paychecks. 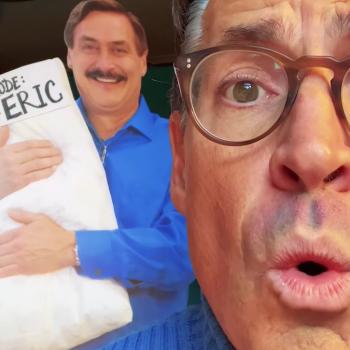 December 12, 2020 Racist Christian Sucker-Puncher Eric Metaxas Made an Insane Music Video
Browse Our Archives
What Are Your Thoughts?leave a comment