Evangelist: Christians Must “Be Loyal to God” and Reject the Election Results December 1, 2020 Beth Stoneburner

Evangelist: Christians Must “Be Loyal to God” and Reject the Election Results

In the latest instance of Christians worshiping the Republican Party more than Christ, evangelist Mario Murillo, who has fought Satan over control of a California highway and claimed God sent Donald Trump to “save” people from Democrats, is now saying that Joe Biden‘s victory is really just a test of loyalty to God.

In other words, if you accept the election results, then you must lack faith in God’s powers.

“I’m gonna say this,” Murillo announced. “That Joe Biden is president is the conspiracy theory. Not the Dominion voting, not all of the corruption that we’re uncovering. The conspiracy theory, the tinfoil cone hat theory is that Joe Biden is the legitimate president of the United States. Get that. Now, here’s what you are doing. The Bible says not to fear their conspiracy theories but to fear the Lord and then he will be a sanctuary. … If you are filled with the Holy Spirit and give into fear, God is going to judge you. God is going to correct you for that.”

“If you’re giving in and you’re one of those that voted for Biden, if you’re one of those that is kind of using cheap grace as an excuse to accept this cultural change and say, ‘Well, let’s be loving,’ God is going to judge you,” he continued. “Right now, this is a test. Ladies and gentlemen, this is a test. It’s a test of whether you are going to stand on the word or go by what you see.”

Murillo said that “it would make no sense” for President Donald Trump to lose when various prophecies supposedly foreshadowed his reelection, and thus Christians have “got to be loyal to God in this hour and not give in because God will surely bring correction.”

The use of “cheap grace” here is particularly ironic, considering just how easily Christians like Murillo shed their integrity and values at the first hint of political power in Trump’s administration. Those are powerful words, but they mean absolutely nothing when coupled by actions too hypocritical to describe.

It’s also safe to assume that when the Bible refers to “conspiracy theories” — not in those exact words — it has nothing to do with the results of an election in which there’s zero evidence of voter fraud.

Murillo is desperate. He’s already said he “will never believe” Biden is president and that God agreed with him. That means his career now depends on perpetuating a lie. It’s not like anyone expects him to admit God lied to him. 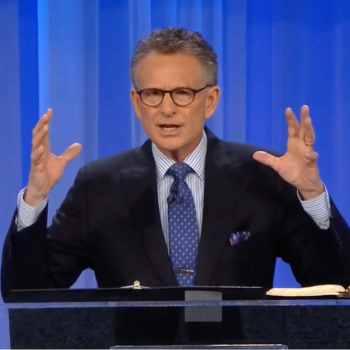 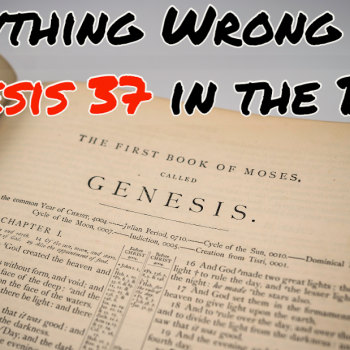 December 1, 2020 Everything Wrong With Genesis 37 in the Bible
Browse Our Archives
What Are Your Thoughts?leave a comment