Evangelist: I “Will Never Believe” Joe Biden is President and God Agrees With Me November 21, 2020 Hemant Mehta

Evangelist: I “Will Never Believe” Joe Biden is President and God Agrees With Me

I know it’s hardly news that a right-wing Christian has a hard time accepting reality, but evangelist Mario Murillo, who has fought Satan over control of a California highway and claimed God sent Donald Trump to “save” people from Democrats, still hasn’t figured out Trump lost the election.

On Thursday night, he claimed he would “never accept” Joe Biden as president and God was right there with him.

“Devil, you’re a liar,” Murillo declared in response to the news that Biden had won the election. “I believe all of us were tested. We had a dark night of the soul between the night of the election and the prophetic promises that so many said. Here’s where we are now: we have to rebuke this thing. God needs to put holy fear and conviction on low-level criminals who were involved in this to turn state’s evidence. They’ve got to feel the heat. They’ve got to know that Sidney [Powell] and all the rest of them are not going to give up, they’re not gonna back down.”

“I will never believe that Joe Biden is the president of the United States. I will never accept that,” he added. “Why am I opposing what’s going on in the Democratic Party, and in the high tech, and in legacy media, and all of it? Because it’s the right thing to do. It’s the only thing my conscience will let me do. And there is a kind of a serenity inside of me about the fact that I know now that I’m on God’s side on this issue and he’s on my side on this issue, and that’s all that matters.”

Democrats were universally disgusted by Trump’s election in 2016, but we had no choice but to accept those results and work to vote him out the next time around. It’s telling that when white evangelicals refuse to accept Biden’s victory, it’s seen as some sort of spiritual righteousness, as if God’s Master Plan is just whatever is best for the Republican Party at any given moment.

The fact is there’s no amount of evidence that would convince these people Biden won because their entire worldview relies on ignoring evidence. They will believe whatever conspiracy feels right to them at the time. They can’t be reasoned with. They’re delusional.

Republican officials who know better are too cowardly to say it out loud because their careers depend on these broken-brained people coming out and voting for them, just as many evangelical pastors who know better are too afraid of losing their congregation to call them out on their insanity. It’s just an entire ecosystem full of crazies who think they’re led by God to support the most deranged right-wing political system they can conjure up. 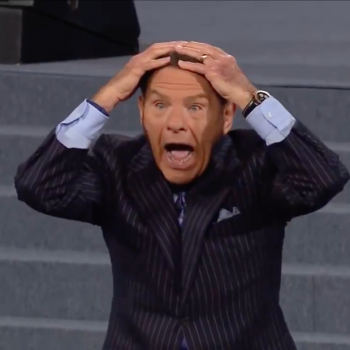 November 21, 2020
Scamvangelist Says God Will Bring Your Hair Back: "Bald Spots, I Call You Gone!"
Next Post 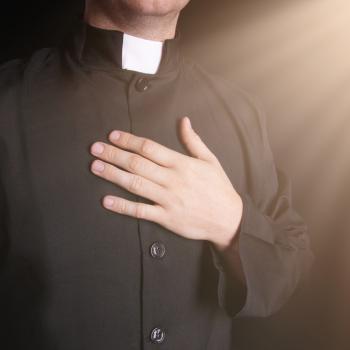