Evangelist: God Sent Donald Trump to Stop the “Flood of Evil” That is Joe Biden

Last year, evangelist Mario Murillo fought Satan over control of a California highway. More recently, he claimed Democrats oppose Donald Trump because they hate the Bible… even though that’s nowhere in the list of reasons and even though most Democrats are Bible believers.

With no one in his life willing to challenge him on this, Murillo is still spreading these lies. Last Friday, during an appearance on Sid Roth‘s “It’s Supernatural” channel on YouTube, Murillo said God sent Donald Trump to “save” people from Democrats.

“You need to wake up,” Murillo said. “The Democratic Party is asking you to leave, forcefully. They took the flag out of their convention. They took God out of the pledge. They’ve made it eminently clear that they are the party of not Christianity, but of perversion, of late term abortion, which is nothing but the most barbaric form of human sacrifice in the modern era. There is no question that all of you watching are faced with the ultimate choice: Do I vote for evil, or do I accept God’s rescue?”

The Christian Nationalism here is toxic — and its own form of idolatry. It’s also wildly wrong. The Pledge of Allegiance still includes “Under God” (which, for those who weren’t paying attention in high school history class, wasn’t in the original version). “Late-term abortions” just about always occur in situations where the mother’s life is in danger, or the fetus is terminal. They’re extremely rare. And yes, there were flags — plural — throughout the Democratic National Convention, including during the most important speech of the event: 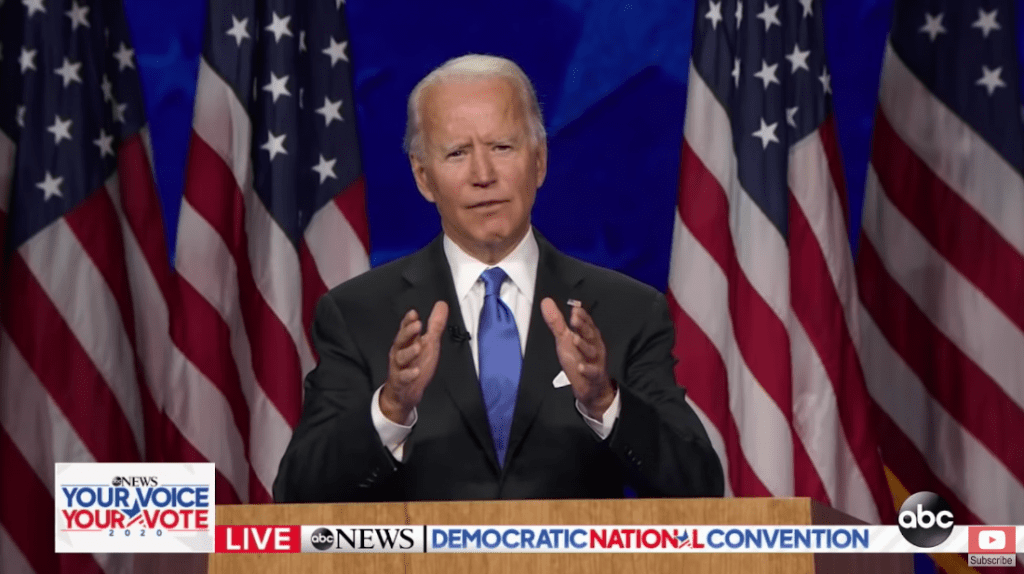 “Trump is a rough cure because we lost our right for a soft cure. Our sin did that,” Murillo declared. “Now we have a man who’s a wrecking ball, but he’s in God’s hands. And you need to understand: By voting for Trump, you are stopping a flood of evil in our nation. It is absolutely undeniable. And whenever I meet what is quote, unquote a woke Christian — ’Oh, I don’t like Trump, I don’t believe he’s Christian.’ I look at it, what is your alternative? What you need to ask yourself is what Dietrich Bonhoeffer asked Germany: ‘What are you doing to stop Hitler?’ And what are you doing to stop the socialist destruction of the United States?”

Comparing Biden to Hitler is bizarre on its own. It’s especially non-sensical when literal neo-Nazis support Trump.

If you’ve seen the “evil” that’s befallen our nation over the past four years — and think that a return to human decency with a president who supports expanding health care, defending civil rights, reducing poverty, and a host of other progressive ideas (even if they often don’t go far enough) is somehow a hellscape we need to fear — than I can’t help you.

Murillo is fighting an enemy that exists only in his imagination.

September 11, 2020
Christian: My Daughter Was Sent Home from School Because of Her Anti-Gay Shirt
Next Post 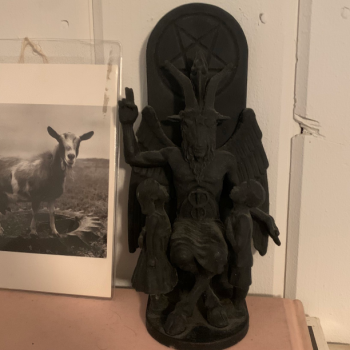