Sid Roth, the host of a show called It’s Supernatural,” where Christian dreams are taken completely seriously and even reenacted, is currently self-quarantined and talking about the miracles of toilet flushing.

He also had time this week to talk about how Donald Trump isn’t really a liar. At least he doesn’t lie intentionally. It’s really the media lying about him.

When asked by a viewer whether he believed that Trump lies, Roth hemmed and hawed, insisting that he couldn’t say for sure while maintaining that Trump probably doesn’t intentionally lie because he is a Christian who “is trying to follow God.”

“I have friends who tell me they’ve led him to the Lord, that he is a man that is trying to follow God,” Roth said. “I personally believe he is, because I see the favor of God on his life.”

“I don’t think he lies intentionally, but I think he would tell a lie,” Roth added. “Do I think that the media that accuses him of some horrific lies lies? Yes! That I know. Whether he lies or not, I don’t know. But whether the media lies about him I know because I know the facts, and I see how they distort or take things out of context.”

Yes, the media is definitely distorting things by quoting Trump verbatim. Somehow, Trump has lied 18,000 times… and none of those, Roth believes, were intentional!

As Roth goes in nonsensical circles trying to make the illogical seem logical, you don’t need the media to adjudicate Trump’s lies. You just need to listen to him whenever he opens his mouth. The evidence is right there.

It’s ironic that Roth will believe any supernatural dream people share with him, yet when it comes to Trump’s constant stream of lies, he’s somehow skeptical. 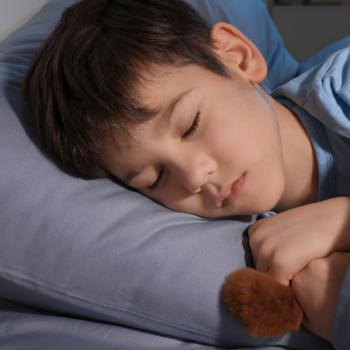 April 17, 2020
Christian Writer: COVID-19 Will Go Away This Month Because My Son Had a Dream
Next Post 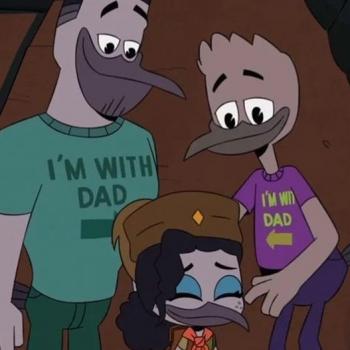 April 17, 2020 These Christian Moms Are Complaining About Gay Duck Dads in DuckTales
Browse Our Archives
What Are Your Thoughts?leave a comment