These Christian Moms Are Complaining About Gay Duck Dads in DuckTales

The three (?) moms at One Million Moms (Twitter count: 4,785) are outraged over the existence of gay dads in a recent episode of children’s cartoon “DuckTales.” 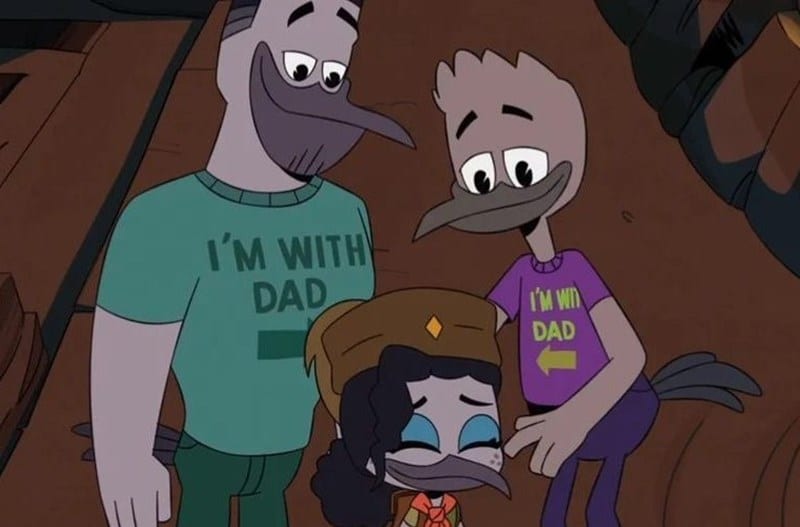 Violet, a friend of Huey, Dewey, and Louie, has two dads as seen in the first episode of Season 3. In the same episode, it is also revealed that Violet’s dads have adopted her best friend Lena. Violet says, in reference to Lena, “My sister from a couple of misters.”

The dads share the same last name and both wear T-shirts with the phrase “I’M WITH DAD” on the front and arrows pointing at each other. There is no denying their romantic relationship. It is extremely apparent that they are a couple.

Leave it to Christians to get outraged over fictional gay ducks.

The show’s co-Executive Producer Frank Angones said online earlier this month that the characters “do not play a huge role in the story thus far,” even if he would like to do more with LGBTQ representation. Which means the Christian Moms are angry about ancillary characters who barely factor into the episode.

Unless we ever see a DuckTales Cinematic Universe, the existence of these dads is really the most anyone will ever see.

Still, the Moms are angry:

It is apparent that this particular producer is not finished with indoctrinating children by exposing them to homosexual relationships through a facade of normalcy.

Conservative Christians love to pretend they oppose gay actions, not gay people. That’s a lie. That’s always been a lie. These Moms are blowing a collective gasket over a cartoon that merely shows the existence of gay parents without further commentary.

As we wrote when the same Moms got mad about lesbian characters on a different cartoon, simply acknowledging a same-sex couple isn’t “pushing an agenda” any more than featuring a straight one. If you’re looking for something that violates God’s intended design, maybe get mad that the show is all about a bunch of talking ducks.

Or get mad about the wealth inequality inherent in another character who swims in his literal giant bin of money. 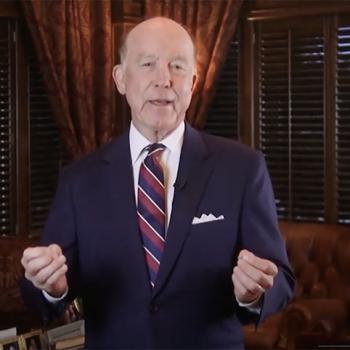