Joel Osteen Got Me Fired, Says the Man Who Mocked the Pastor in a Viral Video December 12, 2021 Hemant Mehta

Joel Osteen Got Me Fired, Says the Man Who Mocked the Pastor in a Viral Video

This past week, a TikTok user named Nick went viral after posting a video in which he told Pastor Joel Osteen, “Hey man, you know you’re a piece of shit, right?”

Osteen laughed and walked away without saying anything. Nick glanced back at the camera and said, a few times, “He knows.”

I didn’t think the video worked as intended. It made Osteen look like a victim, which he’s not, while Nick came across as the asshole who confronted a celebrity only to toss out a substance-free bit of name-calling.

Maybe I wasn’t alone in thinking that, because the day after that video began circulating online, Nick was fired. The first video was taken at the restaurant Nick worked at, which would explain both how he ran into Osteen in the first place and why he might have been sacked after mocking a customer while on the clock.

… Thank you so much for all the support on the video. I did not expect it to blow up this much. And with all that attention, I got fired this morning. So if anyone wants to buy me that beer, now would be a great time.

In a comment under that video, he added, “It wasn’t my employers fault…. Some outside forces came into play if you know what I mean…”

In a video posted last night, Nick clarified that comment in much more detail:

He said that he was bothered at how many people in the restaurant were asking Osteen for his autograph because the pastor has done and believes some deeply disturbing things (which is all true). So during a break, Nick approached Osteen as he was leaving the restaurant. Osteen must have assumed he was another fan… only to realize that wasn’t the case at all. Nick said the viral comment wasn’t pre-planned; he just wanted to say what was on his mind.

After the video was posted “a couple weeks” later, and after it began spreading online, “Joel Osteen and his team harassed the restaurant and made sure that I was terminated.”

One of the reasons Nick posted that video is because he didn’t want people boycotting his old restaurant. He loved working there and they didn’t have any choice in the matter. The problem, as always, is Joel Osteen. You would think a wealthy preacher who rarely ventures outside his bubble would have thicker skin.

I should add that this is only one side of the story. It’s not like Osteen is confirming any of this. But if the story checks out, it would certainly justify the initial video.

Osteen could always make up for it by donating some of that cash found in his church walls to a decent charity. 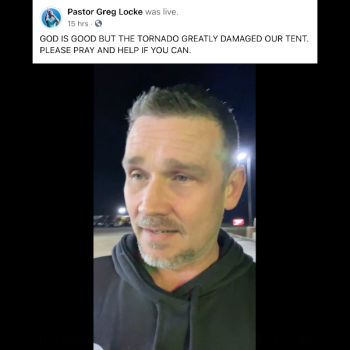 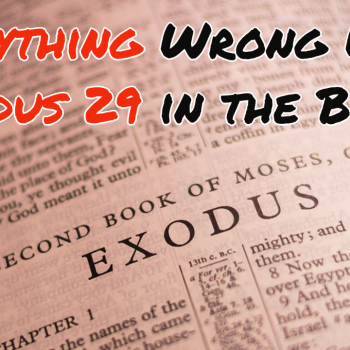