A day after a TikTok user posted this 16-second video, it already has hundreds of thousands of likes.

In it, a man named Nick, who appears to have stumbled across Pastor Joel Osteen out in the wild, gets him on camera long enough to say to him, “Hey man, you know you’re a piece of shit, right?”

Osteen laughs and walks away without saying anything — he knows he fell into a trap. Meanwhile, Nick glances back at the camera and says, “He knows.”

The comment thread is mostly predictable. People are thrilled to see someone tell off Osteen, who rarely appears on camera outside his Christian bubble or in fawning interviews. There’s a cheap gratification in seeing someone telling Osteen publicly what plenty of people have thought privately.

I’ll admit I was amused the first time I saw it. After all, it was just this week we learned a plumber found envelopes full of cash hidden in the walls of Osteen’s Lakewood Church in Texas. The jokes came naturally given that they take in roughly $600,000 a week — and that’s an estimate from several years ago.

It gets worse. Last year, when the pandemic began, the church received nearly $4.5 million in PPP loans to pay for employees’ salaries. It was only after public pressure that the church said it was finally paying back the loans.

And, of course, in 2017, Osteen was blasted for not opening his megachurch/former-basketball-arena doors to people trying to get away from Hurricane Harvey. (He offered some reasonable excuses at first, I thought, but those turned out to be pretty flimsy.)

So, sure, there’s some joy in seeing Osteen get criticized without a media filter or spokesperson in the way.

That said… the video just rubs me the wrong way because it seems so… pointless. Great. You told him he sucks. Now what? If anything, I worry that it might generate sympathy for Osteen because it looks like he stopped whatever he was doing to take a quick video with someone he probably assumed was a fan — which is a nice gesture! — only to have that used against him. 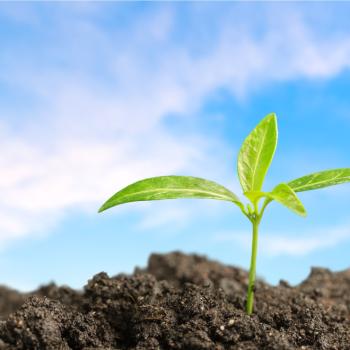 December 6, 2021
The Future of Friendly Atheist and Where I'm Going from Here...
Next Post 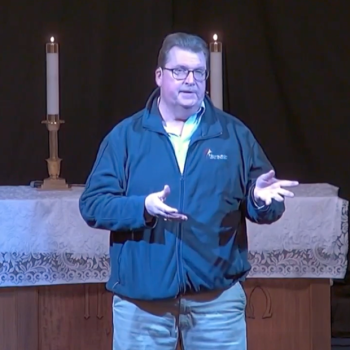