Scamvangelist Kenneth Copeland Knocked Over a Man in a Wheelchair August 17, 2021 Hemant Mehta

Scamvangelist Kenneth Copeland Knocked Over a Man in a Wheelchair

Here’s the problem with “faith healing”: The people who do it make sure there’s never any evidence of their success. You only see the “miracle” happen in real time; it’s not like anyone ever sees a doctor’s report a month later.

Even the people who are supposedly being healed don’t know any better. They accept the healing touch — maybe even fall backwards — because that’s what they’ve been led to do. They genuinely believe God is working through those prophets. But, again, it’s not like we ever hear them complaining a year later when their condition hasn’t improved one bit.

They’re just anonymous-to-the-public victims who have been led to believe God is fixing them by grifters who use their stories to spur donations.

But sometimes it’s even worse than a false miracle. Last week, televangelist Kenneth Copeland delivered an address at the 2021 Southwest Believers’ Convention during which he performed those miracles. Or at least touched people and said they were healed. It’s nothing you haven’t seen Christian liars do before.

And what did Copeland do? He just walked right past him as if there was nothing more he could do. You can see it around the 2:24:35 mark of this video:

As Copeland walks away, he says, “Thank you, Lord” repeatedly — for what? Who knows — before asking his assistants to help the man up. Copeland says the man is “not hurt” but there’s obviously no way he could know that. Then he just smiles and moves on to the next rube. So does the audience.

The man in the wheelchair is soon seen back in his upright position, hands in the air, but we never hear from him again.

This video from The Messed Up Church does a good job of explaining how that incident shows how Copeland performs magician-like “misdirection” to get everyone’s minds off of the fact that no one’s actually being healed.

For all the pomp associated with these events, there’s never any proof that these people are healed. You would think men like Copeland would do everything in their power to release that information publicly (with all appropriate permissions), but nope. Grifters just want you to think there’s healing happening. They refuse to show you it’s actually happening. And sometimes they just make everything worse. 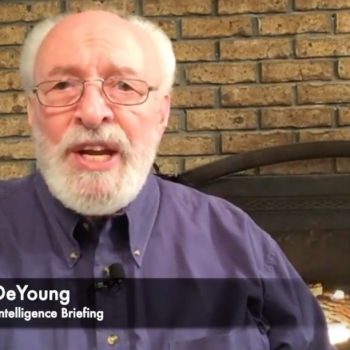 August 17, 2021
Christian Radio Host Who Discouraged Getting the Vaccine Dies of COVID
Next Post 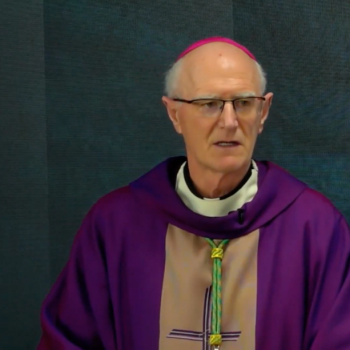 August 17, 2021 Archbishop of Dublin: Evidence of Christian Belief in Ireland Has "Vanished"
Browse Our Archives
What Are Your Thoughts?leave a comment