Christian Mother: God Wants Women to Be “Submissive” and “Meek,” Not “Right”

Christian blogger and professional mommy-shamer Lori Alexander (a.k.a. “The Transformed Wife”), who said last that COVID was a “blessing” because more women began homeschooling their kids, wants to remind all women to submit to their husbands and stop trying to be so damn matriarchal.

This is a man’s world, she says, because that’s how God designed it.

… Women, I just want to encourage you today to get rid of your matriarchal spirit.

God is a god of patriarchy. He created Adam first, and that’s why we’re not to preach or teach in the churches, because that’s His authority structure. It has nothing to do with value, but it has to do with order, just like in 1 Corinthians 14, right before God tells women to be silent in the churches — and it’s a shame for women to speak in the churches, and if they have a question they need to ask their husbands at home — right before that verse, it says that God is not a God of confusion, but a God of order. And His order is that women need to be quiet in the churches and men are to be the leaders, preachers, pastors, and teachers. And the order in the home is the husband is supposed to be the head over the wife, the leader of the home. And we are supposed to reverence our husband, respect their leadership, submit to them, and even obey them.

We don’t need to be right. If you always are insisting on being right and having the last word, you will never have a good marriage. This absolutely tears down marriage, is this matriarchal spirit that we women can so easily have. It belittles our husbands. It emasculates them. It causes them to feel unworthy… It’s like the verse that says that we tear our homes down with our own hands. This is the one of the greatest ways that we tear homes down, is by being in control, having to have the last word, being right.

Look, if this sort of relationship makes you happy, then so be it. There’s nothing wrong with being a housewife/mother if that’s what you want. But to suggest everyone else needs to be in a marriage that’s designed to be unequal-in-practice because you worship a God that demands it is beyond cruel.

This sort of commentary isn’t new for Alexander. She’s criticized women who work outside the home, said that feminism has caused “only harm,” and urged women to always submit sexually to their husbands because “how long does it take?!”

Whether or not you think she’s influential, this brand of Christian-inspired misogyny is regularly preached at many churches. Women can’t be pastors, they’re taught that their highest calling is as a stay-at-home mom and there are no alternatives, and they’re told their husband always calls the shots. They’re also told, ironically, this all still means they’re equal to men in God’s eyes.

How many Christian women have suffered because they were told by people like Lori Alexander to lower their expectations and limit their dreams? 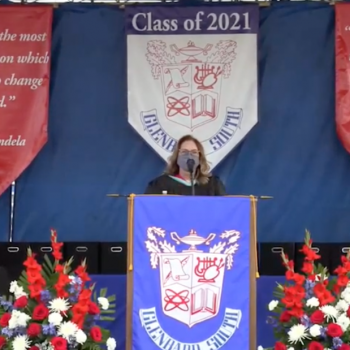 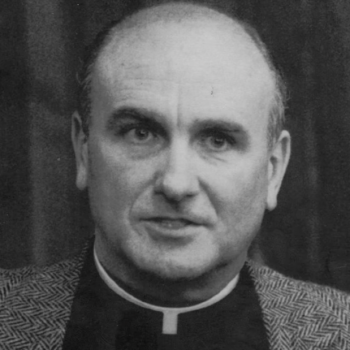 May 25, 2021 On Deathbed, Catholic Priest Implies He Murdered Altar Boy in 1972
Browse Our Archives
What Are Your Thoughts?leave a comment