Christian blogger and professional mommy-shamer Lori Alexander (a.k.a. “The Transformed Wife”), who said earlier this year that COVID was a “blessing,” pretends to know everything about feminists and feminism.

The problem is that her experiences and perceptions only come from within her bubble. When she writes about how women ought to be “keepers of the home,” you can tell she has no concept of why many Americans require a two-person income in order to survive.

Some women may indeed “bored” at home. Others would love to be home with their kids, if only they could afford it. Today’s economy doesn’t allow that for families living below upper middle class status.

It’s interesting that Alexander says “They would rather serve others,” as if that’s somehow a bad thing. Women can be doctors, law enforcement officers, teachers, and other leaders in the community that may actually benefit people like Alexander herself.

After citing several (out of context) Bible verses, she continues:

From the following verses, we find that young women don’t want to be home. They want to wander away from home. In these days, they want to go shopping often, travel, have jobs away from home, or do anything they can so they don’t have to be home full time with their children caring for them and their homes. They would rather buy fast food, hire cleaning ladies, have laundromats do their laundry, etc. Anything to get away from their household duties.

Who are these women that Alexander is describing? I promise the average American family with children can’t just take off and splurge on vacations and shopping trips, much less cleaning services. It seems highly improbable that Alexander knows actual women who live like this. but creating straw men (er, women) is what she does. Without them, she wouldn’t have anything to say.

Alexander closes out her post by paying lip service to women in poverty by mentioning a woman whose husband earned only $30,000 a year — they also had six kids — yet they survived, Alexander says, largely because of God’s provision. We’re not told what year this was, or what the woman’s circumstances were, or if they had any other kind of help, or any details that would put the amount in context. We’re just supposed to assume if someone can be a stay-at-home mother, everyone can. That’s just not true.

It also doesn’t explain why so many people in poverty are Christian. Did they just not pray hard enough? 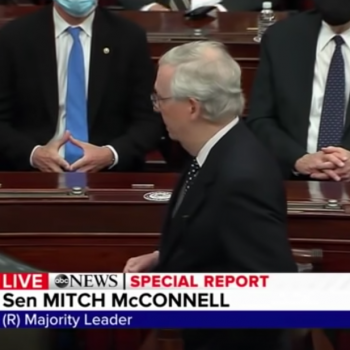