Should Two Oregon Educators Be Fired for Making an Anti-Trans Video?

There’s a major controversy brewing in Oregon involving a teacher and an administrator who have gone public with their anti-transgender views. The question is whether they deserve to be punished for their opinions.

It stems back to Senate Bill 52, which would require the state’s Department of Education to “develop and implement [a] statewide education plan” for LGBTQ students in order to make sure they’re not at any kind of academic disadvantage simply because of who they are. Totally sensible goal. The bill is modeled after similar plans that are in place for other minority groups.

But the bill angered Rachel Damiano (an assistant principal) and Katie Medart (a science teacher) of North Middle School in the city of Grants Pass. They began a campaign called “I Resolve” in order to push back against the bill. Among other things, their campaign implies transgender people don’t really exist because there are only “two anatomical gender presentations.” The campaign also says educators shouldn’t have to call students by their preferred names or pronouns.

You can guess how that video went over… Whenever two bigots decide their passion in life involves kids’ genitalia, you know it’s not going to end well. The two were placed on administrative leave earlier this month pending an investigation.

While teachers are (and should be!) allowed to have their private opinions, the problem here is that these two arguably present a direct threat to the health and safety of LGBTQ students. If they’re not referring to students by the proper name/pronoun, they could also be violating the district’s policies. One online petition put it bluntly:

… Having transphobic, homophobic, and racist teachers at any school but especially a middle school is unacceptable. Administrative leave is not enough! Should these teachers return to the school it will make a population of students feel uncomfortable, unsafe, and unvalued. Permanently remove these teachers from our district.

I understand the sentiment, but I don’t know if that goal is achievable — or even worthwhile. Without actual evidence of the teachers hurting students — and I haven’t seen anything tangible yet — it would be overreach to fire them for their beliefs. (You can bet right-wing groups are itching to file that lawsuit.) As someone who worked in a public school for years while being an open atheist, I’m sure there were people who could’ve claimed I was a bad influence or dangerous for their kids to be near. While I always kept my beliefs separate from my classroom duties, I wonder if similar statements could have been said about me. Then again, I would never suggest treating religious students the way these women want to treat trans students, so it’s hardly a perfect analogy.

… These postings were not authorized by the District and are not official statements or positions of the District. At this time, an investigation is underway, and the individuals are not at work.

Grants Pass School District 7 is committed to providing welcoming and safe learning environments for all students, including our LGBTQ students. In Grants Pass schools, we ALL belong, regardless of race, religion, gender, sex, sexual orientation or ability. We have policies in place to support safe environments for students, and we will continue protecting the well-being of all students in our schools.

If you’re looking for any silver lining here, it’s that the petition calling for the removal of those two adults was started by an 8th grader at their school. Stephanie Eminowicz also responded to their bigotry by putting up posters and wearing LGBTQ-affirming clothing.

“I’m supporting [transgender kids]. I think that when I have people tell me that and just tell me that they’re grateful for what I’m doing. It really helps make up for some of the damage from all the hate,” said Eminowicz.

In addition to that, a group called Southern Oregon Health Equity created an alternative website called “I affirm” which looks similar to the one created by the bigots but is fully supportive of trans students.

As I write this, there’s no resolution to the matter. Damiano and Medart aren’t back in school and there’s an open question as to whether they will return.

And here’s another detail to throw into the mix: That video you see above was filmed at Edgewater Christian Fellowship, a church in Grants Pass. Pastor Matt Heverly told the Daily Courier (behind a paywall) that the church offered the women the space but had nothing to do with the content. But there’s undoubtedly a religious angle to all of this that the church refuses to confirm. Unless the church wants to disavow the statements they made — and affirm trans identities — it seems safe to assume they support the bigotry.

(Thanks to Theresa for the link) 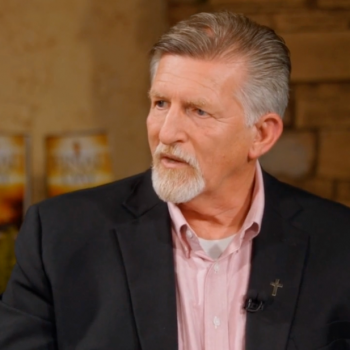