Right-wing pundit and professional anti-Semite Rick Wiles, who said months ago that we should execute supposed liberal traitors, now claims United States is under the control of “Satanic Zionists“:

“The reason the ruling deep state of America hates the Russian people and wants to destroy them?” Wiles said. “It is the satanic Zionist power that overthrew the Russian government in 1917, did a human blood sacrifice of the Romanov family — a satanic ritual where they slaughtered the Romanovs, it was a satanic blood sacrifice — that same group of satanists that overthrew the Russian people in 1917, that’s what controls America today.”

“Who is always attacking us?” Wiles asked his co-hosts. “The Zionists. There’s nobody else attacking me. Zionists. It’s not every Jewish person, it’s the Zionists, it’s the satanic Zionists. They are satanic. Old Henry Kissinger is one of them, old Alan Greenspan is one of them. Who has weakened America? Greenspan and Kissinger. Now they want war with Russia because the Russian people got free of their chains and bondage and returned to Christ. That’s what it’s about. The Russian people returned to Christ.”

“It’s not every Jewish person…” Well, thanks for that — the Jews feel so much better now.

The insult “Satanic” also doesn’t hold much water when it’s used to describe a demographic that, these days, doesn’t even believe in Satan.

You know, for as old as anti-Semitism is, you’d think its followers would at least come up with some original material. Accusations of blood libel are just as illegitimate today as they were back in the medieval period; all they do is leverage more unjustified hate against an already marginalized group.

April 17, 2021
Should Two Oregon Educators Be Fired for Making an Anti-Trans Video?
Next Post 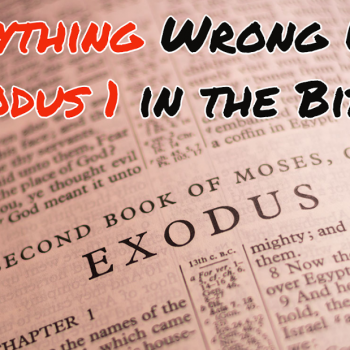