Some newspapers will literally publish anything.

Take The Orange Leader, in Texas, which just published an essay by Karen Y. Stevens, the Executive Director of the local chapter of Meals on Wheels. Instead of talking about the group, where she might have some expertise, Stevens wrote about why Creationism is true. Which it’s not. Which makes the entire essay a parody of itself.

It’s bad enough that we’re told this essay is only part one of a two-part series. Then we get the first sentence:

I believe that Dinosaurs walked this earth but not 140 million years ago like scientist [sic] claim.

One sentence in and we have minor grammatical and major factual errors.

I’m not going to point out every mistake because there are too many, but just check out what Stevens managed to get published in an actual newspaper. 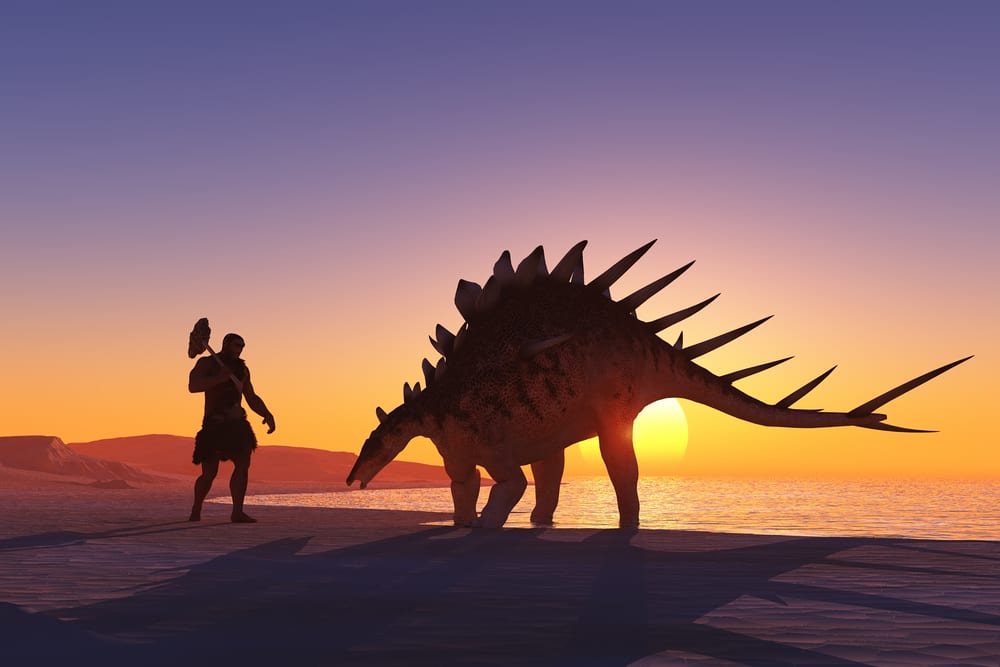 I recently watched a video on dinosaurs, and a school teacher of Science was the one sharing the facts. But this Science teacher got it right. He stated that dinosaurs waked the earth with man. How else would they know what pictures to draw on cave walls that look exactly like dinosaurs? They have found drawings of Woolly Mammoths, Triceratops and men, drawn together fighting.

This is a classic hunter, posing with a 10-point deer these days, showing off his trophy, except they didn’t have cameras then.

The Smithsonian Magazine actually debunked this long-standing Creationist talking point more than a decade ago, referencing a paper published on the subject:

Have you ever watched the clouds go by and thought you saw one in the shape of an animal, or seen the “man in the moon”? These are examples of pareidolia — seeing what we believe to be a significant shape or pattern when it isn’t really there. This phenomenon also explains the “dinosaur” on Kachina Bridge. Upon close inspection by [paleontologists Phil Senter and Sally Cole], the “sauropod dinosaur” turned out to be made up of distinct carvings and mud stains. It is definitely not a depiction of a single animal, and, viewed in detail, it looks nothing like a dinosaur. The separate carvings and mud stains only look like a dinosaur to those wishing to find one there.

We could play this game with all kinds of Creationist ideas. But the point is: It’s not hard to point out the errors. No one at the newspaper did it. No one in Stevens’ life did it. She’s just extremely confident about her ignorance and no one seems to have the heart to tell her she’s an idiot. It’s sad, really.

And there’s still another article to come — about “how God tells Job to behold these mighty creatures.” The nonsense will continue.

(via Pharyngula. Image via Shutterstock)