It’s a dumb premise. There’s no unity to be found with racists, white supremacists, Christian Nationalists, MAGA cultists, and everyone else who’s been ruining the country. What compromise does Jeep want us to make with the sort of people who attempted to overthrow democracy at the Capitol last month?

Obviously, that’s not what the people behind the ad were intending, so maybe that’s an unfair takeaway. But the imagery right there in the commercial highlights the futility of the message.

It begins with a chapel at the geographical center of the contiguous 48 states: “It never closes. All are more than welcome to come meet here, in the middle.”

It’s a Christian chapel, of course. There’s even a picture of a cross resting on an American flag shaped like the country. This vision of a WASP-y America is the happy middle ground we’re supposed to walk toward. 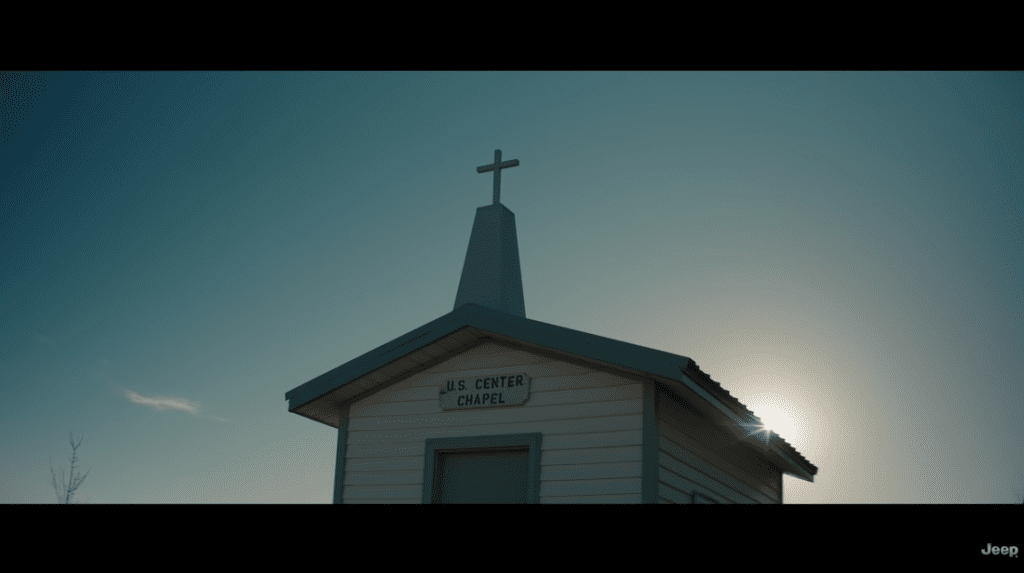 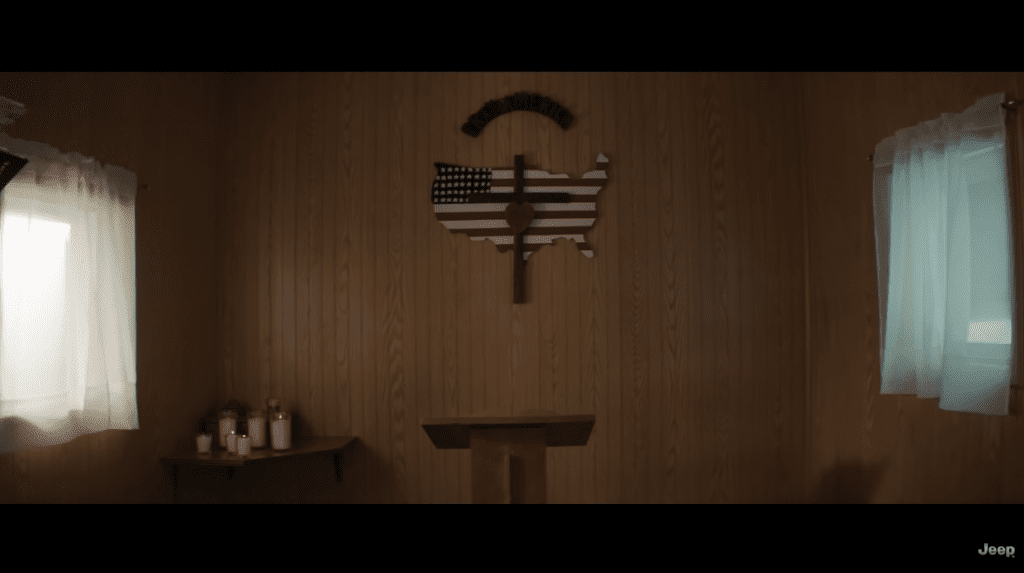 None of this should surprise us. The sort of people who want unity and compromise are almost always the people who think Leave It to Beaver represents the ideal American family — where people of color and LGBTQ people and non-Christians are either on the sidelines, ignored, or oppressed.

We’re better off today because more people want to move away from that exclusionary “middle” that always pops up whenever people become nostalgic for the past. By catering to that narrow band of Americans who don’t understand our history, and by pretending that we can find common ground with people who wish we didn’t even exist, Jeep ultimately caters to no one in its pathetic attempt to appeal to everyone.

February 7, 2021
You'll Want to Watch This Documentary About Ark Encounter, Now Online for Free
Next Post