A Baby Died Because the Romanian Orthodox Church Has an Insane Baptism Ritual February 5, 2021 Hemant Mehta

Infant baptisms in the Orthodox Church in Romania involve dunking a baby’s head into water three separate times. The video below is from the nation of Georgia, but the ritual is similar. It’s also very disturbing (you’ve been warned).

Now there’s a push for the Orthodox Church in Romania to change its procedures after a baby died from the pointless ritual earlier this week.

The six-week-old suffered a cardiac arrest and was rushed to hospital on Monday but he died a few hours later, the autopsy revealing liquid in his lungs. Prosecutors have opened a manslaughter investigation against the priest in the north-eastern city of Suceava.

An online petition calling for changes to the ritual had gathered more than 56,000 signatures by Thursday evening. “The death of a newborn baby because of this practice is a huge tragedy,” said a message with the petition. “This risk must be ruled out for the joy of baptism to triumph.”

There’s absolutely no reason the Church can’t just change baptisms to involve drops of water on the baby’s head instead of full-body immersion. None of it has a real, tangible purpose, anyway. If your religion requires a specific ritual for supernatural reasons, whoever’s in charge can just change the rules and say it’s valid.

We say this about COVID all the time, but it applies here too: What does the body count have to be before religious leaders decide some things are more important than their traditions?

(Thanks to Jenny for the link) 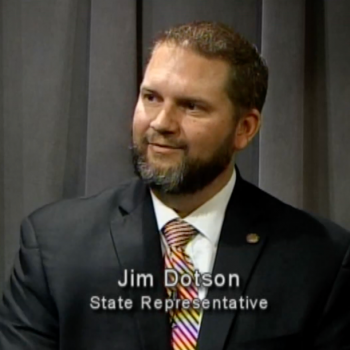 February 5, 2021 E.W. Jackson: The "Friendly Atheist," Whoever He Is, Secretly Fears Almighty God
Browse Our Archives
What Are Your Thoughts?leave a comment