Christian Preacher: “It Is God’s Will for Trump to Win This, Not Biden” December 3, 2020 Hemant Mehta

Christian Preacher: “It Is God’s Will for Trump to Win This, Not Biden”

It all kinds of amusing how conservative Christians believe God is All-Powerful, yet He managed to screw up the 2020 elections by not rigging the system enough to allow Donald Trump to declare victory. But those Christians aren’t done making their case.

Consider “prophetic revivalist” Dutch Sheets, who claimed in 2018 that he was the reason there were two vacancies on the Supreme Court more than a decade ago.

He’s been holding live prayer sessions on YouTube in order to overturn the election results — good luck with that — and said this week that God doesn’t want Joe Biden to be president, therefore… the will of the voters doesn’t matter. Or something like that.

“It is God’s will for Trump to win this, not Biden,” Sheets said. “Why would God want a person to be president of the United States that believes in killing the babies up until birth?”

“There’s no way that God, with his justice and heart, could want somebody to be president who’s going to do that,” he continued…

There you go: The Christian God hates all Democrats and supports all Republicans, even the pussy-grabbing, child-separating, racist, ignorant ones. There’s no need to remind these people that most elected Democrats are religious and just support church/state separation instead of Christian Nationalism, because men like Sheets fantasize about a theocracy.

They care more about the Republican Party than the Bible. And they know their followers are too stupid to know the difference.

By the way, during Sheets’ prayer service on Wednesday, one of his guests led a prayer that I’m still trying to interpret. I’m gonna need someone to explain Christianity to me: 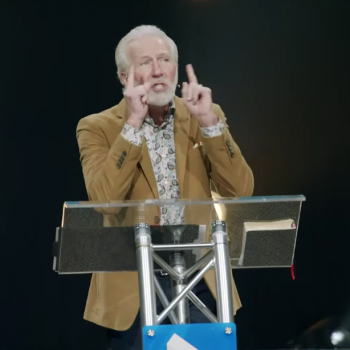 December 3, 2020
Pastor Blames Satan and "Liberal Crazies," But Not COVID, for Church Closures
Next Post 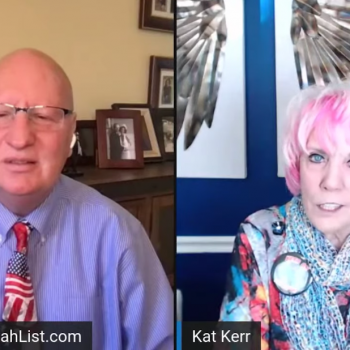 December 3, 2020 Kat Kerr: If You Lose a Child in a Miscarriage, God Will "Put It Back" Next Time
Browse Our Archives
What Are Your Thoughts?leave a comment