Mark Taylor: Christians Who Voted for Joe Biden Will Be Cursed for Generations November 10, 2020 Hemant Mehta

Mark Taylor: Christians Who Voted for Joe Biden Will Be Cursed for Generations

Christian Right activist and conspiracy theorist Mark Taylor, the subject of the Liberty University-connected film The Trump Prophecy and guy who said last month that criticizing Donald Trump is an affront to his faith, is not handling the election results well.

Last Wednesday, shortly after the elections ended but days before it was officially called for Joe Biden, Taylor argued that Christians who voted for Biden would be punished by God for generations.

“Let me tell you something,” Taylor fumed. “Every Christian, every pastor out there that voted for Joe Biden last night, you have brought a curse upon yourself and your family, your children, and your children’s children down to the third and fourth generation, and you need to repent.”

“You cannot call yourself a Christian and call yourself a [Democrat] and vote for Biden,” he continued. “You are implementing the dark agenda. Satan’s agenda. The kingdom of darkness. You are not supporting the kingdom of God. And if you cannot see that, if you do not repent, judgment will fall upon you, I believe, and your family and your children’s children down the third and fourth generation.”

It’s like the Bible says: The rules of Christianity are that you must accept the divinity of Jesus, and you need to vote for Republicans. Somehow, you’re only allowed to remain in God’s good graces if you fully support incompetence, bigotry, pussy grabbing, and utter corruption.

There’s nothing to repent for if you voted for Biden. Even for Christians, they voted for a devout Catholic and decent person whose flaws are at least within the realm of basic politics. His biggest problems will be a Republican Senate that will sabotage him at every turn and an inability to create the kind of drastic changes we actually need in society.

But there’s no reason to believe Biden’s politics stand in opposition to the fundamentals of Christianity. The only people saying that are political hacks who use religion as a tool to control others. 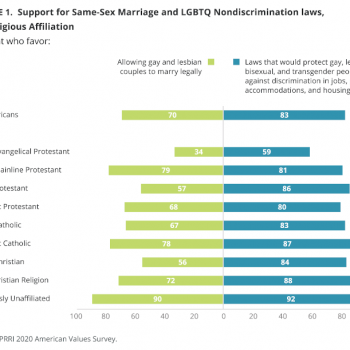 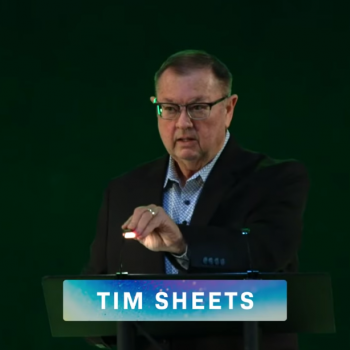