It’s never too hard to find loud, prominent people across the spectrum of (mostly Christian) denominations who want to see LGBTQ people further marginalized: banned from marriage and parenthood, excluded from the military, exposed to hate and discrimination.

According to the Public Religion Research Institute (PRRI), though, those loud voices don’t necessarily speak for the majority of Americans.

In fact, their 2020 American Values Survey has shown that, across a range of subjects, it’s a vocal minority that actually opposes queer rights… and usually, that minority comes from the ranks of evangelical Protestantism. Most Americans say they believe that LGBTQ people should enjoy the same rights as straight, cisgender Americans. 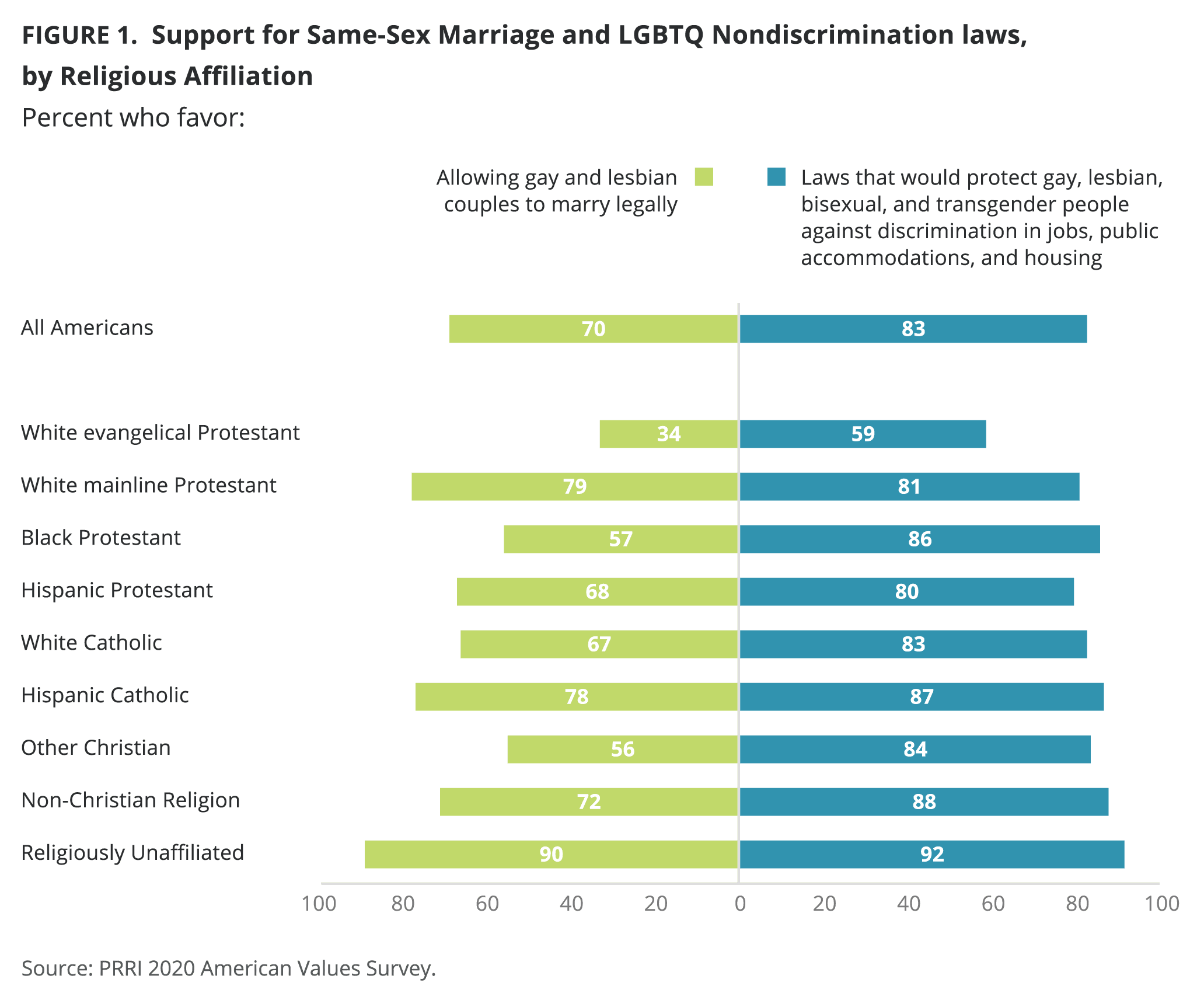 More than two-thirds of Americans reported support for equal access to marriage, foster parenting, and military service. At 65%, there’s barely a sliver less support for laws that would keep businesses from turning away customers based on LGBTQ status. And more than four in five Americans think LGBTQ people deserve legal protection from discrimination in jobs and housing.

In pretty much every one of those cases, the percentage of support for equality is being dragged down predominantly by white evangelical Protestants.

Only 34% of respondents in that group supported legal same-sex marriage. 66% believe that businesses should be allowed to refuse service to LGBTQ people, and 58% support religiously-based child-welfare groups’ right to refuse to place children with qualified gay or lesbian foster parents.

A surprisingly large number of white evangelicals oppose the transgender military ban — nearly half at 46%. But that still makes them the only group surveyed — including Republicans as a whole — in which fewer than half of respondents thought trans people should be able to serve.

By contrast, mainline Christians overwhelmingly favored most aspects of gay and lesbian equality, though their support for transgender military service came in low at 58%: still more than half, but less than any other non-evangelical religious group. It’s not clear, though, whether their objection is specific to trans people or to military culture more broadly.

The religiously unaffiliated in particular — a group that would include atheists and agnostics as well as people who hold spiritual beliefs without belonging to any denomination or creed — showed very high levels of support for the LGBTQ community on all fronts. It’s worth noting, though, that age demographics might be a factor at play here: much has been written about the high percentage of “Nones” in millennial and Gen-Z age cohorts, which also tend to be more likely to support LGBTQ rights.

But, to be perfectly honest, we expected those numbers from the “Nones.” It’s the high levels of support from religious groups that makes this survey so interesting.

It’s especially good news for young LGBTQ people from non-Evangelical faiths and families, who may find a warmer welcome than they expected from their faith communities.

A small caveat, however: While the study shows high levels of acceptance among Hispanic Catholics and practitioners of non-Christian religions, the low number of total respondents from each of those groups makes it impossible to generalize those results to the group as a whole. Those religions may or may not be as accepting as the survey suggests; more research is needed.

LGBTQ Americans have the same inalienable rights as anybody else, regardless of what percentage supports them on a survey. But in the wake of Biden’s narrow win in the 2020 presidential election, it’s a welcome reminder that the anti-LGBTQ crowd is little more than a noisy minority. 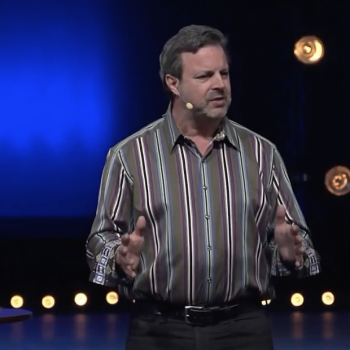 November 10, 2020
Preacher Apologizes for Predicting Trump Victory, Then Quickly Takes It Back
Next Post