What does a hate-preacher do when YouTube bans his primary channel and he loses the most effective outlet for broadcasting his message?

Steven Anderson of Arizona’s (New Independent Fundamentalist) Faithful Word Baptist Church appears to have solved that problem by posting his sermons on a variety of smaller YouTube channels, or having his followers post them for him, to get around the ban on his own page. 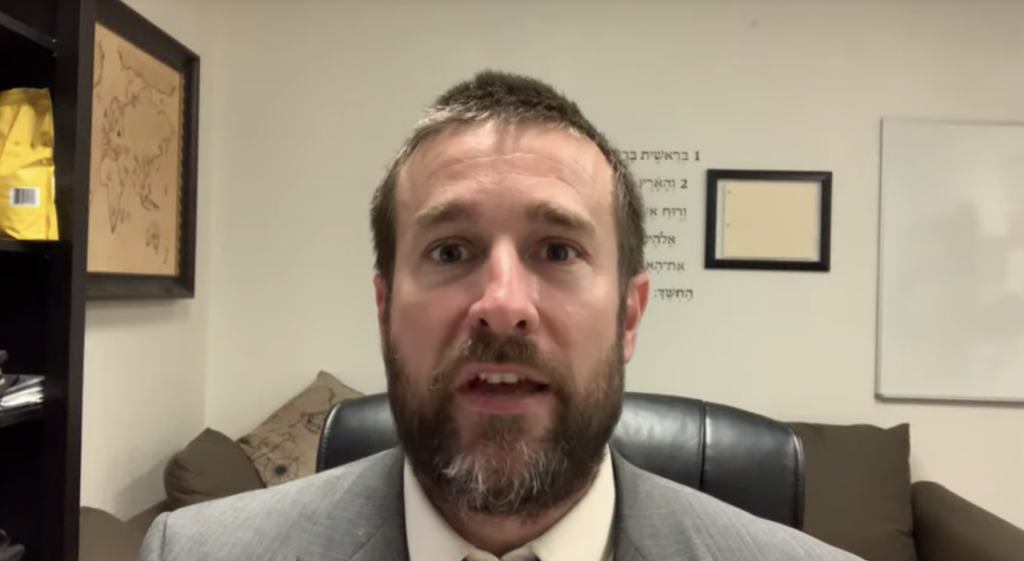 It comes after 34 countries have banned him from entering their borders and after he began spreading misinformation about COVID.

Just to back up for a second, Anderson was banned from those countries due to his years of spreading bigotry. He celebrated the deaths of dozens of LGBTQ people at Pulse nightclub in Orlando by saying, “The good news [about the massacre] is that there’s 50 less pedophiles in this world, because… these homosexuals are a bunch of disgusting perverts and pedophiles.” He also said the U.S. government should execute homosexuals by way of a firing squad because that’s what the Bible commands. There are also the numerous misogynistic comments and Holocaust denialism.

Over the past few years, he’s been banned from entering the Netherlands and the Schengen area, which covers a huge swath of Europe. He was banned from Ireland, making him the first person blocked from entering the country under the exclusion powers granted by the nation’s Immigration Act 1999. (Section 4 of that Act says a person can be banned if it’s deemed “necessary in the interest of national security or public policy.”) In July of 2019, he was booted from Australia. And last October, even New Zealand kicked him out.

He wears each ban as a badge of honor, as if he’s a Christian martyr. Like Westboro Baptist Church, he thinks all publicity is good publicity. He feels like every ban, and the attention resulting from it, is just another way to draw attention to his message.

But that theory only makes sense if there’s a way for him to spread that message. For years, that was YouTube.

That ended in early July, when YouTube banned his channel and a handful of others associated with him. According to the fundamentalist website Pulpit & Pen, “Anderson’s youtube pages had uploaded nearly 7000 videos, which were watched by more than 135,000 subscribers, and resulting in over 100 million views.”

Anderson told the website at the time that he would respond by starting “approximately 10 new YouTube channels in the next couple of days, each using unique phone numbers and email addresses.” He hoped to avoid the ban by simply not including any reference to his church or his name.

So what does that look like in practice? We’re finally starting to find out.

If you glance at his church’s website, all the sermons he’s delivered since July are still archived, with links to YouTube for each one of them… but they all go to a variety of places. As opposed to most churches, which direct people wanting to watch sermons to a single channel, Anderson is sending people all over the place. The thinking here sees to be that by playing this game of Christian Whac-A-Mole, YouTube won’t be able to “censor” him. Shutting down one channel won’t stop the others from promoting his content.

His last 18 sermons, dating back to the beginning of August, have been posted on 8 different channels, ranging from one with merely 26 subscribers to one with over 5,000. A few of the links point to now-“terminated” accounts. The channels that still exist include brand new ones (created as recently as this past Thursday) and ones that have been around for several years but were dormant for long periods of time.

Many of the channels in question have names that wouldn’t normally be traced back to him: JTankentaur 2000, I Baptist, The Son of Uri, Daily Baptist, Jonah 3:2, Servis Flame Zone, Baptist Burner, and Preserving the Word. Only two channels, Pastor Anderson Sermons and Mirror 1611 (a reference to his previous channel), make a more direct connection to his past.

The descriptions of two of those channels make clear that they’re “not Pastor Anderson” while “Pastor Anderson Sermons” is much more blunt:

Unofficial Account for FWBC
Please Download and Save this Entire Channel.
Please re-upload any and all Videos you possibly can!

(I kept track of all those sermons here because why not.)

Anderson even alluded to his ban in one of the remaining channels during a sermon last week, saying that the bans may have occurred because of how he was spreading COVID misinformation.

One of his acolytes even referred to the problematic sermon in his own video over the weekend, saying that he should be able to avoid a ban himself because the title of the sermon is “Armageddon Part 2” and there’s no reason to think there’s any content about COVID in the video based on the title alone. He adds, “I think it’ll be okay… as long as it doesn’t go viral.” (That’s not necessarily true. As even Anderson seems to understand, YouTube’s automatic transcription tool would likely catch any sermons referencing COVID.)

What does Anderson say in that video that’s so troubling?

… now folks, I’m not going to take the COVID vaccine. And I would warn you, do not take a coronavirus vaccine. Because, first of all, you know, these vaccines are dangerous. Even the tried and true vaccines that have been around for decades are dangerous.

I’ve personally known many people damaged by them. They’re harmful, they’re dangerous, and, by the way, they’re also immoral and unethical, since they were made using aborted fetuses. Okay. So if the vaccines are made using aborted fetuses, and they contain harmful materials such as thimerosal and formaldehyde and things, and I’ve personally known people who’ve been harmed by them, there’s all kinds of autism and things being caused by these vaccines, let alone some hurriedly-thrown-together vaccine that’s being rushed out the door…

I mean even if you were for vaccines, do you really want to take some experimental vaccine that’s on the fast track in 2020? Forget about it. You know, I would… strongly caution you…

Now look, if you go take that vaccine, I mean, you’re doing it to yourself, you know, it’s no skin off my back. But I would warn you and caution you, do not take the vaccine. I’m against it. I won’t take it. I don’t vaccinate my children. Most people in our church don’t vaccinate their children. And you know what? We haven’t had a measles outbreak yet! You know, after all these decades, there’s been no measles outbreak, or mumps, or rubella.

So what if we did get measles, mumps, and rubella? Because, guess what? You’re going to survive those things! It’s just a childhood — it’s just like Fifth disease or chickenpox or anything else, right? And so I’m totally against the vaccine…

There’s a lot of misinformation in there. No one’s (not named Trump) is seriously suggesting taking a vaccine that hasn’t been adequately tested. There’s no link between vaccines and autism. To pretend these vaccines are immoral because of “aborted fetuses” misunderstands the nature of how vaccines develop. The reason we don’t hear much about measles outbreaks is because of vaccines.

And he believes he’s smart enough to get around the bans placed against him. It shouldn’t be that hard for YouTube to notice what he’s doing, block his channels and those loosely affiliated with him, and stop people from spreading his faith-based quite-literally-dangerous propaganda.

September 8, 2020 Another Former Creation Museum Staffer Speaks Out About Ken Ham's Toxic Empire
Browse Our Archives
What Are Your Thoughts?leave a comment