The United Methodist Church, the second-largest Protestant denomination in the United States with more than 12 million members, has been on the verge of breaking up for months now. The pandemic may have delayed the process, but the cracks are forming once again.

The issue at hand is whether individual UMC churches should be allowed to ordain LGBTQ members as ministers and perform same-sex marriages. While the majority of UMC churches in the United States are fine with that option, that’s not the case elsewhere in the world. Last year, 53% of UMC delegates voted on a plan that basically rejected LGBTQ inclusion for everyone formally affiliated with the church.

The fear among U.S. UMC leaders was that they would eventually have to make a decision: Accept those new rules, cast aside LGBTQ leaders in same-sex relationships, and say goodbye to younger Christians who might have joined the UMC if not for the bigotry… or strike out on their own without support from a larger organization. (A mild attempt at reconciliation was put forth earlier this year.)

But now a church in Georgia is officially ditching the UMC, making it the first in the U.S. to make that move and perhaps opening the floodgates for other churches to do the same. 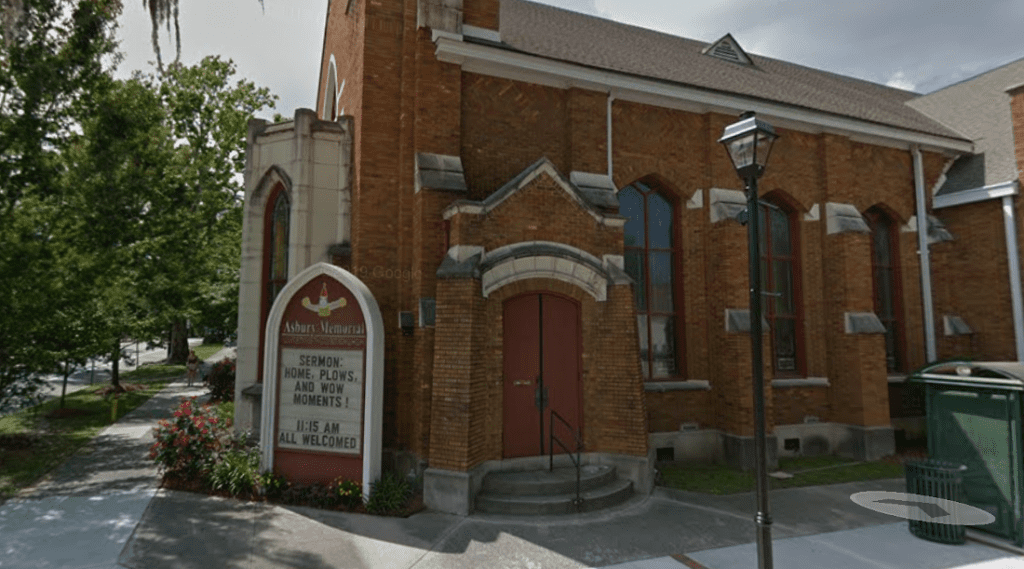 Asbury Memorial Church in Savannah announced Thursday that it was disaffiliating with the UMC, which moved last year to reaffirm rather than drop a ban on LGBTQ clergy and same-sex weddings, disappointing many liberal-minded congregants.

The church said in a statement that it believes it is the first U.S. church to leave the denomination over UMC’s “unequal treatment of LGBTQ people.”

It said that the UMC’s South Georgia Conference last month voted to allow it to split and that Asbury “looks forward to a bright future as an independent non-denominational church.”

Given how the anti-LGBTQ “clobber verses” in the Bible are far more nuanced than people think, even according to many believers, it seems unfortunate, though not surprising, that this split would occur. The UMC has decided that LGBTQ rights are a hill they’re willing to die on, as opposed to everything Jesus taught.

At any rate, LGBTQ Christians exist. They have always existed. And they will continue to exist whether the United Methodists like it or not. If Asbury Memorial Church helps other UMC leaders gather the courage to make the same move, more power to them.

(Screenshot via Google Maps. Portions of this article were published earlier)