“Dilbert” Creator: Joe Biden is Satanic and I Can Make His Name Spell Out “666”

Scott Adams, the creator of “Dilbert” and a right-wing conspiracy theorist who said in 2016 that the Democratic National Convention was literally “lowering testosterone levels all over the country,” wants you to know Joe Biden is Satanic.

How does he know that? Because if you manipulate his name, it reveals “666.”

He explained everything during a livestream yesterday:

“Did you know if you took the capital letter J — just imagine the capital letter J in your mind — now think of the next letter in ‘Joe.’ It’s an O. Now just move with your mind the O to the left until it’s on top of the J. It’s a backward six,” Adams said. “Now suppose the next letter is the lowercase E. What does a lowercase E look like if you turn it upside down? Well, it looks like a six.”

He continued, “So you’ve got the J and O together. If you combine them it looks like a backward six. You’ve got this lowercase E that looks like an upside-down six, but that’s just two sixes. Six​, six wouldn’t mean anything, right? But the next letter is capital B for Biden, and capital B is where you hide your six. So even J-O-E-B is 666.”

He surmised that the letters I, D, E, and N left in Biden’s last name is short for “identity.”

Jesus, all the wrong people get rich…

Anyway, it’s not even a good argument since you can do the exact same thing with DONALD! 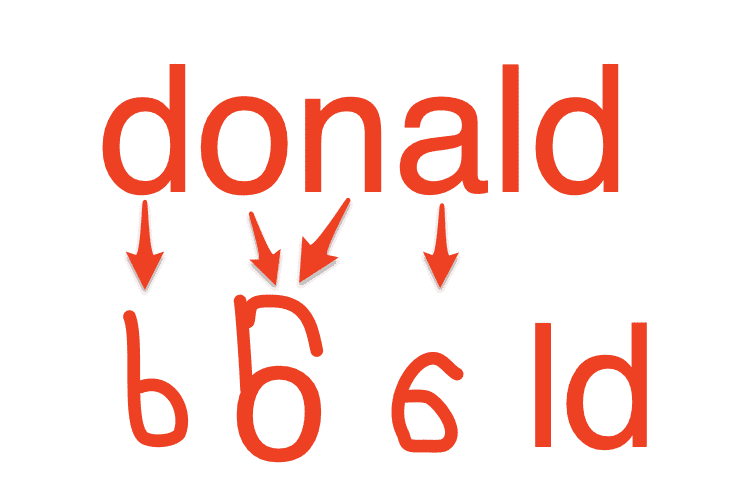 Where do I collect my internet monies?

What’s that you say? That’s not his full name so it doesn’t count? Well, Joe isn’t Biden’s legal name either! It’s Joseph.

While none of this is persuasive and likely won’t change anyone’s mind, it’s a reminder that people who are successful in one field are fully capable of embracing idiotic religious conspiracy theories everywhere else.