Trump cultist and right-wing preacher Lance Wallnau, last seen claiming Kamala Harris was a tool of Satan, now says that a “high-ranking” person in Washington was punished by God for not being loyal to Donald Trump.

Which guy? We’re not told.

How was he punished? No clue.

But it totally happened.

“Most of the people that didn’t like Trump prayed,” Wallnau said. “And they called me up and said, ‘I can’t believe it.’ One of them was a high-level guy in Washington. He said, ‘I’m listening to you, and I said to the Lord — and he quoted to me — he said, ‘In the name of decency, is this the best kind of person you could come up with?’”

According to Wallnau, this unnamed Washington insider then heard the audible voice of God rebuking him for failing to support Trump.

“[God] said, ‘Stand on your feet,’” Wallnau recounted the man telling him. “And then the Lord rebuked him and said, ‘Who are you to question my sovereign choice?’ And from that moment, he said, ‘I just got to call you and tell you I never heard God’s voice, but I was complaining about Trump, and he talked to me.’ And he said, ‘Now I get it. Who am I to question God’s sovereign choice?’”

Video or it didn’t happen, Wallnau.

People should rightly be skeptical of claims that defy common sense. Why does this guy need to remain anonymous, anyway?

Really, the amount of hubris it takes to say that God backs your chosen candidate is astonishing — even in 2020. You’d think that a candidate with God’s approval might, I don’t know, be more sincere in his faith, for one thing. Or actually give a damn about minorities. Or not keep refugee kids in cages.

But if God wants to punish someone critical of Trump, the RNC would be a perfect time to throw lightning or some other sign. I won’t hold my breath. 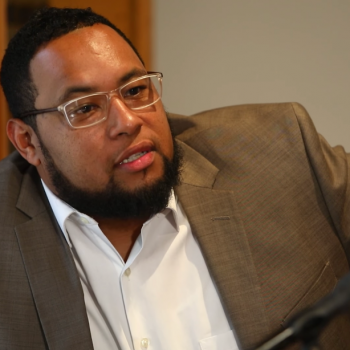 August 26, 2020
Kalamazoo Pastor and Wife Accused of Paying Kids for Sex and Illicit Pictures
Next Post 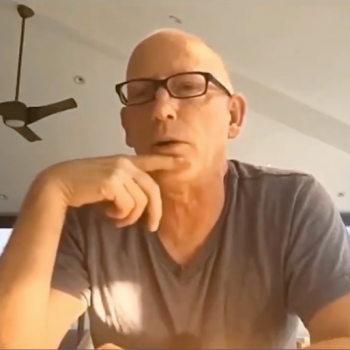 August 26, 2020 "Dilbert" Creator: Joe Biden is Satanic and I Can Make His Name Spell Out "666"
Browse Our Archives
What Are Your Thoughts?leave a comment