Pastors Claim Bill Gates Will Use COVID Vaccines to Impose the Mark of the Beast May 6, 2020 Val Wilde

Since the COVID-19 pandemic became the central guiding fact in the day-to-day lives of nearly every person on the planet, scientists have been working towards creating a vaccine that will stop the virus in its tracks, allowing people to regain some normalcy without putting themselves and others at risk.

Now, with at least one vaccine entering human trials in the U.S. and more than one hundred others in development globally, some Christians are speculating: Is this vaccination plan a cover for a more sinister plot to usher in the Mark of the Beast?

It’s true to form for the same collection of ideologues and fanatics who’ve been fighting the reality of the pandemic every step of the way, from open defiance of social-distancing regulations to court challenges against quarantine orders to the peddling and popularizing of bogus cures.

The Mark of the Beast is a concept from Revelation 13, the same chapter of the Bible that gave us such popular-culture touchstones as the Antichrist and the numerical significance of 666:

Then I saw a second beast, coming out of the earth. It had two horns like a lamb, but it spoke like a dragon… It also forced all people, great and small, rich and poor, free and slave, to receive a mark on their right hands or on their foreheads, so that they could not buy or sell unless they had the mark, which is the name of the beast or the number of its name.

Pre-coronavirus, people speculated about the nature of this mark; UPC barcodes or RFID microchips are just some of the more historically recent possibilities. Anything that smacked of surveillance or data tracking was a good candidate.

And with so much uncertainty about COVID-19 going around, it’s probably not surprising that some people would channel that into an End Times conspiracy theory… though Bill Gates isn’t exactly who I’d cast in the role. Isn’t he supposed to have two horns like a lamb? 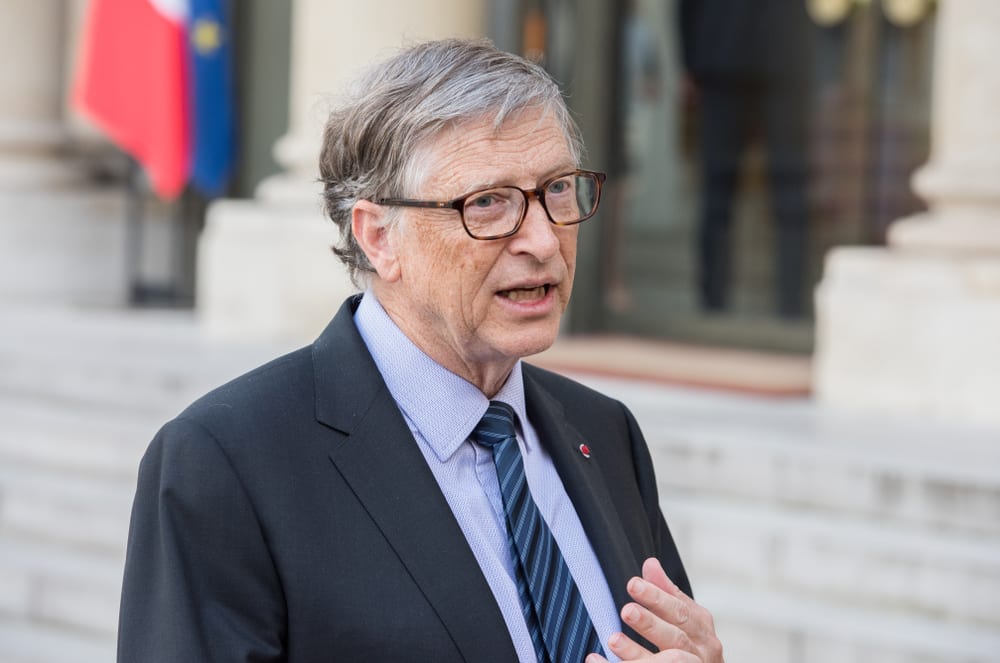 In the wake of the truly wild claim being spread around the Internet, researcher Christopher James Blythe traced the story back to its roots in an article for Religious Dispatches to find the place where Bill Gates and the Mark of the Beast came together.

We’ve seen links between COVID vaccinations and the Mark of the Beast before. Early in the pandemic, right-wing pastor Curt Landry urged his followers to avoid any hypothetical future COVID-19 vaccinations, claiming such avoidance would protect them from receiving the Mark. And the late Louisiana pastor Ronnie Hampton, not long before he succumbed to COVID-19, predicted a mandatory vaccine that would inject “some type of chip in you and maybe even have some mood, mind-altering substances.”

But Blythe found that Pastor Rick Wiles was the first of the Christians to pick up the Gates connection. Wiles is the figure behind TruNews (a source of news so patently untrue — and anti-Semitic to boot — it’s been perma-banned on YouTube). He released a video in which he directly connects Bill Gates to the Antichrist and even to Satan:

When is Bill Gates’ serpent tongue going to come out of his mouth? And when will his horns and tail appear? This man is building Lucifer’s Antichrist system.

It might seem like a bit of a leap, but Wiles is hardly alone in his conclusions. Since mid-March, Blythe discovered, both Christians and non-Christians have been diving into an anti-vaccine conspiracy theory surrounding Gates, kicked off by a casual remark Gates made in a Reddit AMA, discussing ways to keep the economy functioning in spite of COVID-based restrictions:

Eventually we will have some digital certificates to show who has recovered or been tested recently or when we have a vaccine who has received it.

Gates expanded on the concept in a TED interview a week later:

Eventually what we’ll have to have is certificates of who’s a recovered person and who’s a vaccinated person, because you don’t want people moving around the world where you’ll have some countries that won’t have it under control. Sadly. You don’t want to completely block off the ability for those people to go there and come back and move around. So eventually there will be sort of this digital immunity proof that will help facilitate the global reopening up.

Neither of Gates’ statements suggest any kind of mark or implant in people’s bodies. That assumption rests on some scientific research being funded by the Bill and Melinda Gates Foundation prior to the pandemic. In one case, they helped fund a quantum dot tattoo project through MIT. The finished product, involving temporary computer-readable dyes injected into the skin, was conceived as a possible solution to make vaccination records easily accessible:

Several years ago, the MIT team set out to devise a method for recording vaccination information in a way that doesn’t require a centralized database or other infrastructure. Many vaccines, such as the vaccine for measles, mumps, and rubella (MMR), require multiple doses spaced out at certain intervals; without accurate records, children may not receive all of the necessary doses.

In order to be protected against most pathogens, one needs multiple vaccinations,” [researcher Ana] Jaklenec says. “In some areas in the developing world, it can be very challenging to do this, as there is a lack of data about who has been vaccinated and whether they need additional shots or not.”

That confluence of facts led tech website BioHackInfo.com to report that Gates was advocating for quantum dot tattoos as his “digital immunity proof.” But that’s not something Gates actually said.

Bill and Melinda Gates also support a project called ID2020, which proposes the use of technology to protect people from the loss, destruction, or theft of their documents, particularly for refugees. Wiles and those who’ve chosen to spread his message see that as another point of evidence for Gates’ purported desire to mark people. But a careful perusal of their website shows that ID2020 does not point to quantum dot tattoos or microchips as solutions for the problems of identity documentation.

What’s more, the phrase “digital certificates” has a specific meaning within technological jargon. According to IBM Knowledge Center, it’s a security-related concept not so different from an ID card, presented in a digital format:

A certificate is an electronic document that is used to identify an individual, a server, a company, or some other entity, and to associate that identity with a public key. Like a driver’s license, a passport, a student ID, a library card, or other commonly used personal IDs, a certificate provides generally recognized proof of a person’s identity. Certificates use public key cryptography to address the problem of impersonation.

There’s no particular reason why a digital certificate couldn’t be implanted in a sub-dermal microchip. But there’s also no reason why it has to be, or why — in the absence of Gates specifically identifying implants as a medium of delivery — we should assume that’s the method he has in mind.

But why let facts get in the way of a good story?

Not everybody in the Christian landscape, even in its most conservative corners, is buying what Wiles has been selling, Blythe notes:

Such uproar isn’t universal. Conservative Christians, including prophecy enthusiasts among them, have strived to refute the vaccine-Mark of the Beast theory. Seventh-day Adventist (and other Seventh-day Sabbatarian) voices have started to remind their congregations that the Mark of the Beast is the rejection of a seventh-day sabbath and not “some kind of secret tattoo or symbol.”

Perhaps the most incredible example he found during his research was that of Pat Robertson. Well known for his terrible takes, Robertson sensibly compared microchip injections to medical interventions like his pacemaker, concluding:

Imagine being so wrong about something Pat Robertson thinks you should tone it down. 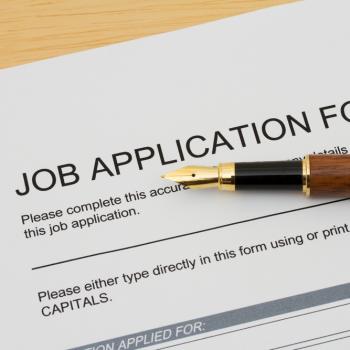 May 6, 2020
Some Pastors Are Now Looking For Jobs in the Real World
Next Post 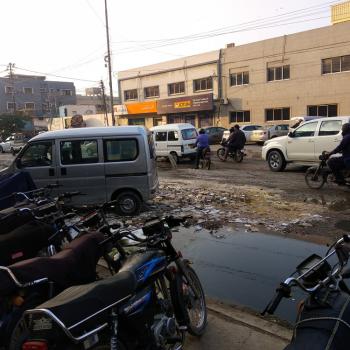