Creationist: Yes, a Boy Drowned at My Park, But His Siblings “Had a Blast Here” March 21, 2020 Hemant Mehta

Creationist: Yes, a Boy Drowned at My Park, But His Siblings “Had a Blast Here”

Yesterday, Creationist Kent Hovind spoke on his daily YouTube show about the 7-year-old boy who drowned at his “Dinosaur Adventure Land” (a low-budget Creation Museum) on Sunday.

The boy had allegedly slipped on a dock and fallen into a pond before being proclaimed dead at a local hospital.

Instead of expressing any sympathy for the family, or explaining how things would change at the park moving forward, Hovind briefly discussed what happened, before talking about how the rest of the family’s day was just great and mocking someone on Twitter who noted the incident occurred.

We had, this last Sunday, rumors going around the internet about an accidental drowning here at Dinosaur Adventure Land, and it’s true. There was a family with five kids, twin seven-year-olds, all playing in the lake together. The water was three feet deep. Suddenly the dad noticed that Steven, the 7-year-old, was gone. And he apparently slipped on the dock and hit his head. Nobody saw. We don’t know. But he did drown in our lake. And we tried — [to someone off-screen] your wife is a medical doctor, and she’s right there on the scene with him. As soon as she got him out of the water — we don’t know how long he was underwater — she gave him CPR, probably did everything right, took him to the hospital…

Yeah, I mean… it’s just… too late. We don’t know what happened.

Anyway, the kids had a blast here, and the dad wants to bring all the kids back and loves the place…

And then he mocked the guy from Twitter before criticizing him for making “the family feel bad their boy drowned.”

I knew Hovind lacked brainpower. I didn’t realize he lacked a heart, too.

Everyone who enters Dinosaur Adventure Land is told they’re entering at their own risk because there are no medical professionals or lifeguards on site. There’s no indication the family plans to sue Hovind or the attraction.

(Thanks to @globexhank for the link) 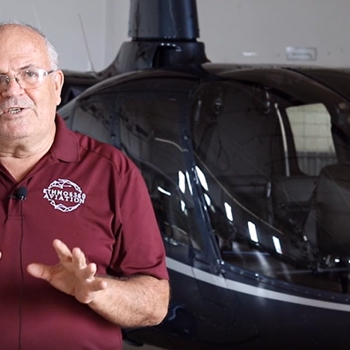 March 21, 2020
Despite COVID-19, These Evangelicals Want to Convert Isolated Brazilian Tribes
Next Post 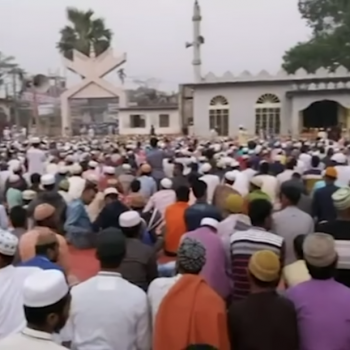 March 21, 2020 An Estimated 25,000 People Gathered in Bangladesh to Pray Away COVID-19
Browse Our Archives
What Are Your Thoughts?leave a comment