A Disgraced Megachurch Pastor from Illinois Already Has a New Gig in California March 17, 2020 Hemant Mehta

Pastor James MacDonald, who led Illinois’ Harvest Bible Chapel church for decades before his downfall last year, is preaching once again. Beginning this Sunday, he’ll be giving eight weeks’ worth of sermons at Calvary Chapel South Bay in Gardena, California.

Reporter Julie Roys noted that the announcement was made over the weekend:

Calvary Senior Pastor Jeff Gill introduced his “dear brother” James MacDonald to the Calvary Chapel congregation at services last night and told them that MacDonald would be teaching at Calvary for the next eight Sunday evenings. Gill encouraged congregants to invite people to the services who “don’t know the Lord” or who need “a special word from the Lord.”

MacDonald then addressed the crowd, telling them that he had pastored a “wonderful church in Chicago,” but adding: “God has seen it to be fit to allow us to be separated from the church that we loved for our whole lifetime. And it has been a real crucible of suffering for us.”

That’s one way of putting it.

Another way would be that he was fired more than a year ago after details of his extravagant spending, financial mismanagement, and possibly hiring a hitman to murder his son-in-law came to light. He left the megachurch in shambles. Now two of their satellite campuses may have to shut down over tax problems.

Nor was there mention of how MacDonald was found to have misused millions of dollars meant for the church for his own “financial benefit.”

Nor was there any mention of how MacDonald and his church filed a lawsuit against Roys and other writers who worked to bring the church’s corruption to light.

None of that gave this California church any pause.

The leaders there didn’t care. Or maybe they have no clue how to use Google. Either way, they’re letting a morally bankrupt pastor, who has yet to admit fault for everything he’s accused of, get in front of their members and lead an eight-week series on “The Power to Change.”

I guess one of the lessons is you can just look the other way and pretend the past doesn’t exist. 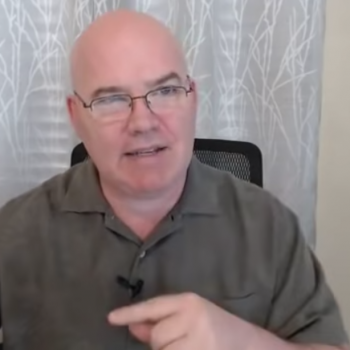 March 17, 2020
Christian Activist: God Didn’t Tell Me About the Coronavirus, So We’ll Be Okay!
Next Post 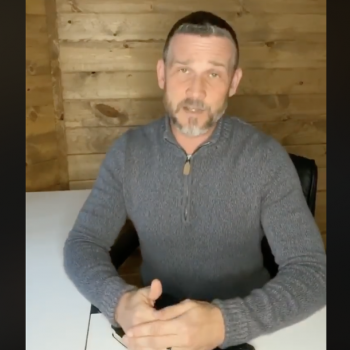 March 17, 2020 Pastor: We Won't Close Over COVID-19 Because We're "Not Gonna Fold to the Fear"
Browse Our Archives
What Are Your Thoughts?leave a comment