Elizabeth Johnston (a.k.a. the “Activist Mommy”), the homeschooling Christian mother of 10 who hates sex education, drag queens, and LGBTQ people, announced yesterday that she’s getting a divorce. 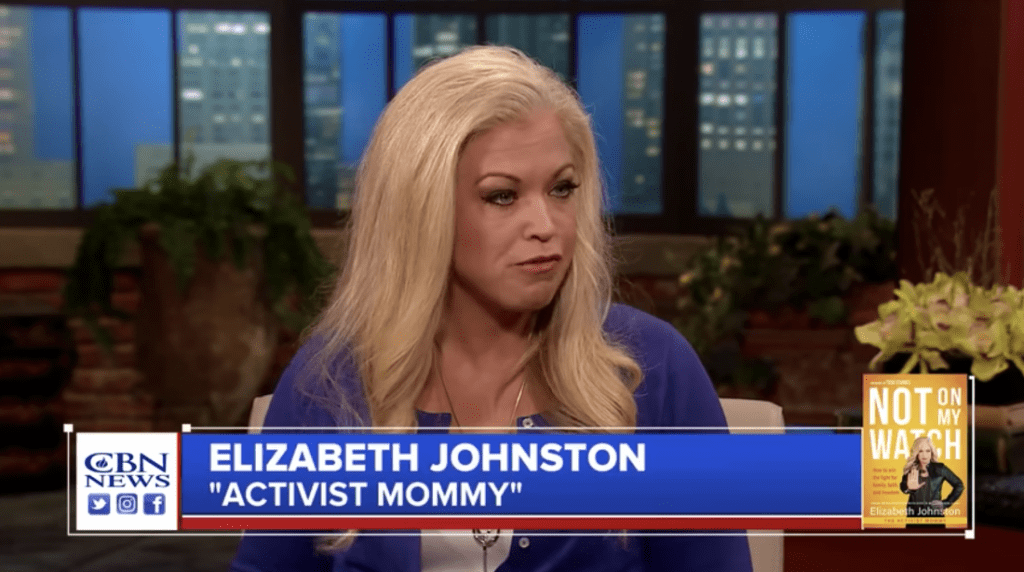 I don’t say that with joy. No one has any clue what any other couple is going through, regardless of the façade. Couples that put on a veneer of love and perfection for the public could very well be hiding a lot of disturbing things in private. That seems to be the case here.

Johnston says her husband, Christian writer and anti-choice activist Dr. Patrick Johnston, has been “unfaithful” and “psychologically and emotionally abusive.” (He hasn’t made any public statements about the situation, as far as I can tell.)

This is not an announcement I ever hoped to make, but life sometimes throws you huge curve balls. My husband and the father of my ten children, has been repeatedly unfaithful to me, as well as psychologically and emotionally abusive, bringing an end to our marriage of 22 years.

After repeatedly taking him back, covering for him, preserving his reputation, and forgiving him of adultery, pornography and sexual immorality, which began 16 years ago, I have been forced to come to the harsh realization that I’ve done all I can and am entrusting Him to my Savior! I don’t share this to harm or humiliate, but to help explain why I, a Christian woman who hates divorce, have decided to separate and pursue a divorce.

I have suffered for many years in order to prevent divorce, trusting God to bring the change needed and doing my best to keep my family together. There have been countless meetings with pastors and therapists, sanctions, discipline, a constructive separation period, and so much more. But unfortunately, after much fasting and prayer and consultation with a MULTITUDE of wise counselors, it is clear I have no other choice. The deception and aggression has recently gotten very unhealthy, so I am being forced for the sake of my children to make the hardest decision of my life. To stay at this point would be more harmful to my children than to separate…

She doesn’t need to justify her decision to a bunch of strangers on Facebook, but it’s easy to guess why. Maybe she’s trying to get her side of the story out there first to preserve her own reputation. Or maybe there are Christians who will look down upon her because her brand of conservative evangelism preaches the idea that divorce is never an option.

It’s a harmful belief. It keeps people trapped in abusive relationships. So, seriously, good for her for walking away if that’s what she felt she needed to do.

Let’s remind the world that Johnston has spent several years spreading a gospel of Christian hate against gay people who wanted nothing more than to get married. She doesn’t believe those marriages are real. She can’t even write the words gay “marriage” without quotation marks around that work. She defended Kim Davis, the Kentucky county clerk (currently on her fourth marriage) who refused to follow the law and sign marriage licenses for same-sex couples. She calls on her followers to oppose any kind of civil rights legislation that might benefit LGBTQ people.

Here’s just a glimpse of things she’s posted in which she argues that only straight marriages are worthy of support and that allowing gay people to get married would ruin that. In her mind, failed straight marriages are always more valid than loving gay ones. (By her own timeline, she was making all these comments while she herself was in a broken relationship.)

Like this post — a dig against same-sex weddings — about men seeing their brides walk down the aisle that ends with the message “This is the way marriage should be!”

Or this video featuring a transgender woman renewing vows with her partner that comes with the caption “This is what happens when you try to redefine marriage.”

Or this post suggesting marriage equality will lead to an embrace of pedophilia: “We told you gay marriage would eventually lead here. We were definitely not wrong.”

Or this post condemning the Episcopal Church for having gay-inclusive wedding ceremonies, where she says “No one has permission to change what scripture says.” (Which is ironic.)

Or this cringeworthy post where she praises Russian President Vladimir Putin for saying marriage must be between men and women:

Or this post where she trashes a pastor for supporting same-sex marriage: “Extreme biblical ignorance… This man is not fit to teach God’s holy Word! Shame!”

Or this post where she just flat-out mocks someone for coming out publicly as gay after nearly three decades of marriage to a woman: “So abandoning your family is heroic now…”

Or this post where she denounces LGBTQ activists: “When marriage gets ‘redefined’ by courts, marriage no longer means anything.”

Or this post where she trashes a lawsuit for invoking same-sex “marriage” (her quotation marks) because “society is headed down a bad path.”

It’s not just her utter hypocrisy that’s the problem. These posts routinely whip her hundreds of thousands of followers into a frenzy, creating a horde of Christians who treat LGBTQ people and same-sex marriage as problems that must be attacked and rejected at all costs.

While she was driving LGBTQ people to suicide, or at the very least working to make their lives worse, she was struggling to keep her own marriage going.

If anything, let’s hope more conservative Christian women in bad relationships see what Johnston is doing and find the courage (and help) to leave. For once, Johnston might have actually provided a valuable service.

And maybe when she decides to be an activist again — after some self-imposed time off to care for herself and her kids — she’ll have a little more compassion for gay people who have strong relationships and want to be married, and trans people who simply want to live their lives, and drag queens who want to use their talent to read to children.

Right now, they continue facing obstacles to their happiness because bitter people like Johnston and her followers get in their way.

I’m not gloating about her situation. I genuinely feel bad for her and her children. This can’t be easy for any of them, and there’s plenty to criticize her for that has nothing to do with her personal life.

But for someone who deserves compassion in what’s surely a rough time in her life, it would help if she learned how to show some compassion herself. 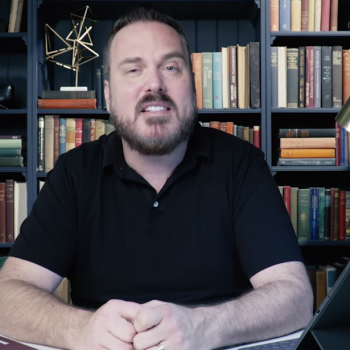 March 14, 2020
Self-Described "Prophet" (Two Weeks Ago): The "Tide is Turning" on Coronavirus
Next Post 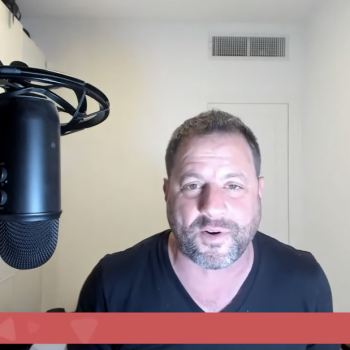