Joe Biden Told an Atheist He Doesn’t Have a Faith Outreach Director. (He Does.) October 31, 2019 Hemant Mehta

Joe Biden Told an Atheist He Doesn’t Have a Faith Outreach Director. (He Does.)

Yesterday, at a town hall in Maquoketa, Iowa, he had the chance to ask Joe Biden the same question he asked Elizabeth Warren: Would he consider hiring a Secular Outreach Director? (Someone in that position would stress to non-religious voters that the candidate is committed to evidence-based policies, science, church/state separation, etc.)

Biden’s response wasn’t a yes… but he also didn’t scoff at the idea. It’s more like he pivoted so hard that he tripped over himself.

You can watch the exchange around the 31:27 mark below:

SCOTT: My name is Justin Scott. I was born in Maquoketa. I don’t live here anymore. I am an atheist now, and our country is becoming less and less religious. It’s estimated that one in four Americans considers themselves non-religious. Studies are also showing that one in three Democrats are non-religious.

However, when we go out on the campaign trail, we don’t hear candidates talk to us. Last week, I had the chance to talk to Elizabeth Warren. I asked her if she would be willing to commit to hiring a Secular Outreach Director — kind of like what Mayor Pete [Buttigieg] is doing with a Religious Outreach Director.

I’m curious if you’ve put any thought into this, whether you would be willing or you campaign would be willing to bring on a Secular Outreach Director. It would mean the world to non-religious voters.

But a lot of people are not. Are not. And the fact of the matter is they have every single solitary right and opportunity that the most devout person, regardless of what the religion is… [video cuts out briefly]

Biden went on to talk about his support for marriage equality with a random tangent about seeing a gay couple when he was a child. He then said, “I have people on my staff who are atheists,” adding that he only cared about what people’s values were.

All of that is well and good… but none of it answered the question Justin asked.

Biden didn’t explain why he didn’t (or wouldn’t) have a Secular Outreach Director, and he didn’t even seem to have a grasp on the idea that religious and non-religious beliefs could be the primary motivators for why certain people vote the way they do. Biden also didn’t address the rise of the Nones, especially in the Democratic Party.

It was a lot of time spent avoiding the issue. Justin got a lecture he didn’t ask for and he didn’t need. And then, as if to run away from the subject even faster, Biden ended his longwinded response with, “Anyone have a yes or no question?”

I have a yes or no question for Biden: Are you sure you don’t have a Religious Outreach Director?

Biden does have a faith outreach director in South Carolina: Rev. Michael McClain. He joined the Biden campaign two months ago. That’s a short time for Biden to forget the position even exists…

Elizabeth Warren offered to put Justin in touch with her team in Iowa so they could map out what such a position might look like. (Whether she ever follows through on this is another question.) Biden didn’t even bother with that sort of lip service.

It was a disappointing response from Biden. Though, to be clear, it wasn’t a bad response. I want politicians to focus on values instead of a religious label. But someone campaigning for the job of president is leaving a lot of potential voters on the table by not speaking to them — or having someone speak to them — in a language that they understand. For some people, that language is faith. For others, it’s secularism.

The Biden campaign apparently knows that’s true in South Carolina. The question is why they’re not even considering a Secular Outreach Director anywhere else. Seems like a strategic blunder when there’s so much overlap between his platform and our values. 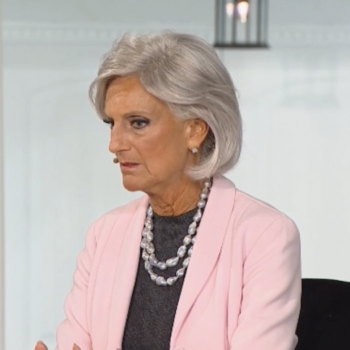