For a couple of years now, a church/state separation battle has been playing out in Belle Plaine, Minnesota between local officials and The Satanic Temple. In short, a Christian monument was allowed to go up at a public park while a Satanic display was rejected. The Satanists filed a lawsuit against the city in April.

This story doesn’t involve that lawsuit, but it occurs in Belle Plaine, where people are still in anger about the Satanists (or at least the people they perceive the Satanists to be).

This past Sunday, The Satanic Temple’s Minnesota chapter was holding an ice cream social at Union Square Park, about two minutes away from the site of the controversy. As they described it, the plan was to “have some sweet treats, meet friends old and new, maybe play some board games, or play some outdoor games.” Obviously very demonic stuff.

In any case, they were minding their own damn business. But within about 15 minutes of arriving, they noticed one man just staring at them from a nearby intersection. That man eventually walked into their area, spewed profanities, and said they were “not welcome here” because they were disrespecting veterans. He didn’t seem to care that one of the Satanists said he was a veteran.

That’s the sort of rant that belongs in a YouTube comment thread, in ALL CAPS, not at a local public park where the angry guy is the only one people need to worry about.

At least a cop was there and witnessed everything. He explained to the man that the Satanists had a right to be there… but It didn’t help. The ignorant man kept ranting. At the end of the video, he appears to walk away. But the Satanists say he only went back to his intersection where he was joined by even more people.

It wasn’t until the cops were called again that any action was taken. “Charges were pressed against the gentleman,” say the Satanists.

Is this how people that are different are treated? A peaceful picnic turned into death threats by our mere presence. Is this tolerance? We peacefully and lawfully stood our ground.

In the end our group left for our own safety, and finished our now melted ice cream at a different park a city over.

It’s all very appalling and very scary. No peaceful group should be bothered like that regardless of beliefs. But it’s frightening that this guy was fooled by the right-wing propaganda suggesting the Satanists were against veterans and not merely aiming to be treated equally by the local government. What would he have done if he carried a weapon? How the hell is he raising his children?

By the way, at one point in that video, about a minute in, the cop tries to defuse the situation by telling the crazy man, “Unfortunately, that’s the way the country is, and they have a right to be here.” I’ll give him the benefit of the doubt and say he was just trying to appease the dude in the moment, but that word “unfortunately” was unnecessary and unhelpful. There’s nothing unfortunate about the Satanists’ presence there. They have a right to be there, period. They did nothing wrong.

(Thanks to Victor for the link) 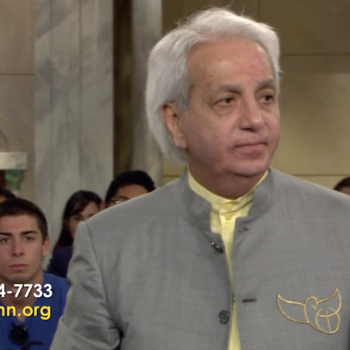 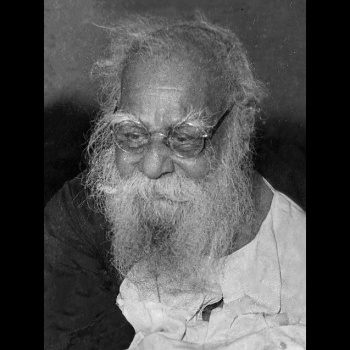