For much of 2017, there was a church/state separation battle in Belle Plaine, Minnesota that began when members of The Satanic Temple noticed a Christian monument at (the very public) Veterans Memorial Park. It was a kneeling soldier in front of a Christian cross. Seeing that as an invitation, the Satanists applied to erect their own monument for veterans right next to the other one. They got the approval and hired someone to build the monument.

But then, in July of 2017, just before the installation was set to take place and after a public outcry over the expected new addition, the Belle Plaine City Council voted to eliminate the “free speech zone” for good.

Rather than have a Satanic monument go up, they promised to remove the Christian monument.

That was all well and good in regards to the First Amendment. But that didn’t mean all the problems were resolved because The Satanic Temple now had this giant black, expensive steel monument sitting in a facility. They commissioned it with the intention of putting it up in the park, but that was no longer going to happen because city officials shut down the public forum. So what were they supposed to do with it?

In December, the Satanists demanded that the city pay them the $35,000 they spent on the display. Their argument was essentially that they played by the rules and did everything local officials wanted… only to have the city break the “contract” at the last second (after the Satanists called their bluff), wasting the Satanists’ time and money.

The city council didn’t buy that logic. In a letter to the Satanists’ lawyer, city attorney Robert J. V. Vose suggested the Satanists had only themselves to blame:

In English: This wasn’t a contract, you accepted a refund of your application fee (suggesting you knew this deal was dead), and you can’t prove we did this just to spite you.

The Temple’s spokesperson Lucien Greaves responded by saying they never cashed the $100 refund and a lawsuit could be in the works.

Even setting aside the potential lawsuit, he made a good point there. What’s stopping every city with a public forum from suddenly shutting it down the moment an unpopular group wants to participate? This was a slippery slope that needed fixing. Even if there wasn’t a lot of money at stake, the time investment for new groups would be substantial and the sudden elimination of a “free speech zone” would go a long way to demoralizing members of the community who don’t share the majority’s faith.

Turns out the Satanists weren’t messing around. Last October, they took initial steps to file the lawsuit, and now, they’ve made it official.

“As you well know, you can’t decide to suppress speech just because hecklers didn’t like it,” said Bruce Fein, a Washington, D.C.-based lawyer representing the temple.

Perhaps the most amusing comment comes from one of the local officials:

“I knew this was going to be a problem,” Council Member Paul Chard said Saturday. “The pot got stirred pretty quick.”

Chard said he doesn’t object to the monument but laments the expense of defending the city against the lawsuit. “Small cities, basically, we’re strapped,” he said.

Oh, cry me a river. It’s not like the Satanists went after Belle Plaine. The city brought this upon themselves with their objectionable behavior and now they’re pretending to be victims. Remember: They were told what they were doing was wrong, but they said the park was an open forum. It was only when Satanists moved forward with their own monument that the city decided free speech needed its limits. If they had followed their own rules from the beginning, there would be no lawsuit. If they had shut down the public forum from the beginning, there would be no lawsuit. It’s only because they changed the rules to hurt Satanists that there’s a lawsuit.

It’s their own damn fault.

This case really boils down to whether a city can turn free speech on or off depending on who’s involved.

The lawsuit itself lists 10 different counts and calls for $50,000 in compensatory damages on top of any punitive damages (“with interest”). All of that is in addition to legal fees and a request that the Court allow the Satanists to erect their display in the park.

Belle Plaine wanted a space to honor veterans and opened it up to religious groups everywhere. Now they’re going to have to live with that decision.

Incidentally, this marks the first time The Satanic Temple is listed in a lawsuit as “a Massachusetts church organized under section 501(c)(3) of the Internal Revenue Code.” Hey, that’s what they are now. 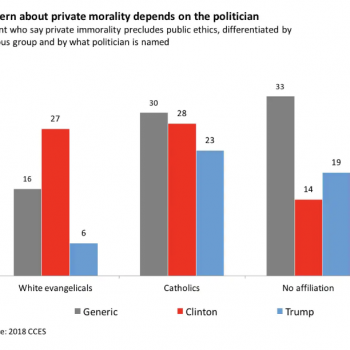 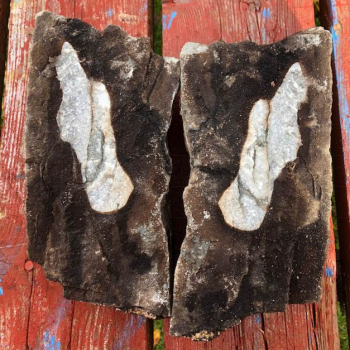