Whenever there’s a mass shooting, you can count on Texas Lt. Gov. Dan Patrick to say the worst thing imaginable. Last May, after an incident, he blamed abortion and video games and unarmed teachers and too many entrances in schools and a lack of forced Christianity. In 2016, just after the Pulse nightclub massacre, he tweeted a Bible verse that said “A man reaps what he sows.” (He later deleted that tweet without apology or explanation.)

Appearing on Fox & Friends, this morning Patrick got plenty of attention for blaming video games… even though the shooter made it clear he was following through on Donald Trump‘s anti-Hispanic rhetoric. But that’s not all he said.

He also said one of the causes was that kids no longer pray in schools.

The Texas Lieutenant Governor says it's not firearms or white supremacy that caused yesterday's massacre in El Paso, it's that kids don't pray in school anymore pic.twitter.com/lNedl0rg7U

… I look at, on Sunday morning, when most of your viewers right now, half of the country, are getting ready to go to church, and yet tomorrow, we won’t let our kids even pray in our schools…

He’s lying. (He’s a conservative Christian, so it comes with the territory.)

Besides the fact that it’s still summer vacation for most kids, so they wouldn’t be praying in school anyway, he’s flat-out wrong. Kids have always been allowed to pray in school. No atheist has ever tried to take that right away from them.

What Patrick presumably means to say is that school shootings are the result of Christianity not being forced upon all students — as if school shootings are the fault of Jews, Muslims, and atheists, and not a combination of right-wing bigotry mixed with easy access to weapons of war. Pushing Christianity in public school, in direct violation of those words that come before the Second Amendment, wouldn’t solve a damn thing. Saying meaningless words to an imaginary being won’t fix our gun problems.

Remember: There are far fewer religious people in other nations, and no one sees the level of gun violence that we do. 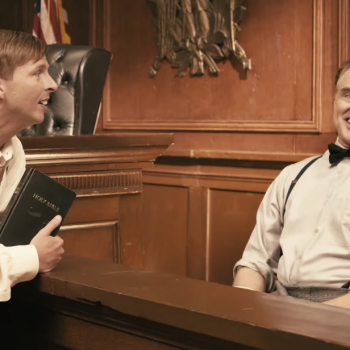 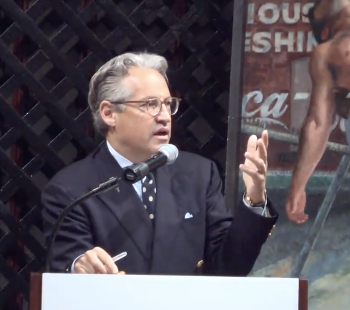 August 4, 2019 Christian Writer: God Allows Mass Shootings So We'll "Return to Him in Prayer"
Browse Our Archives
What Are Your Thoughts?leave a comment