It’s unclear if Texas Lt. Governor Dan Patrick scheduled this tweet in advance and it’s just unbelievably awful timing, or if it was directly in response to last night’s massacre at a gay nightclub in Orlando, but given Patrick’s past anti-LGBT statements, I wouldn’t put the latter past him.

This morning, Patrick (who claims to be “Christian first, Conservative second and Republican third”) tweeted a Bible passage about how “God cannot be mocked” and that “A man reaps what he sows.” 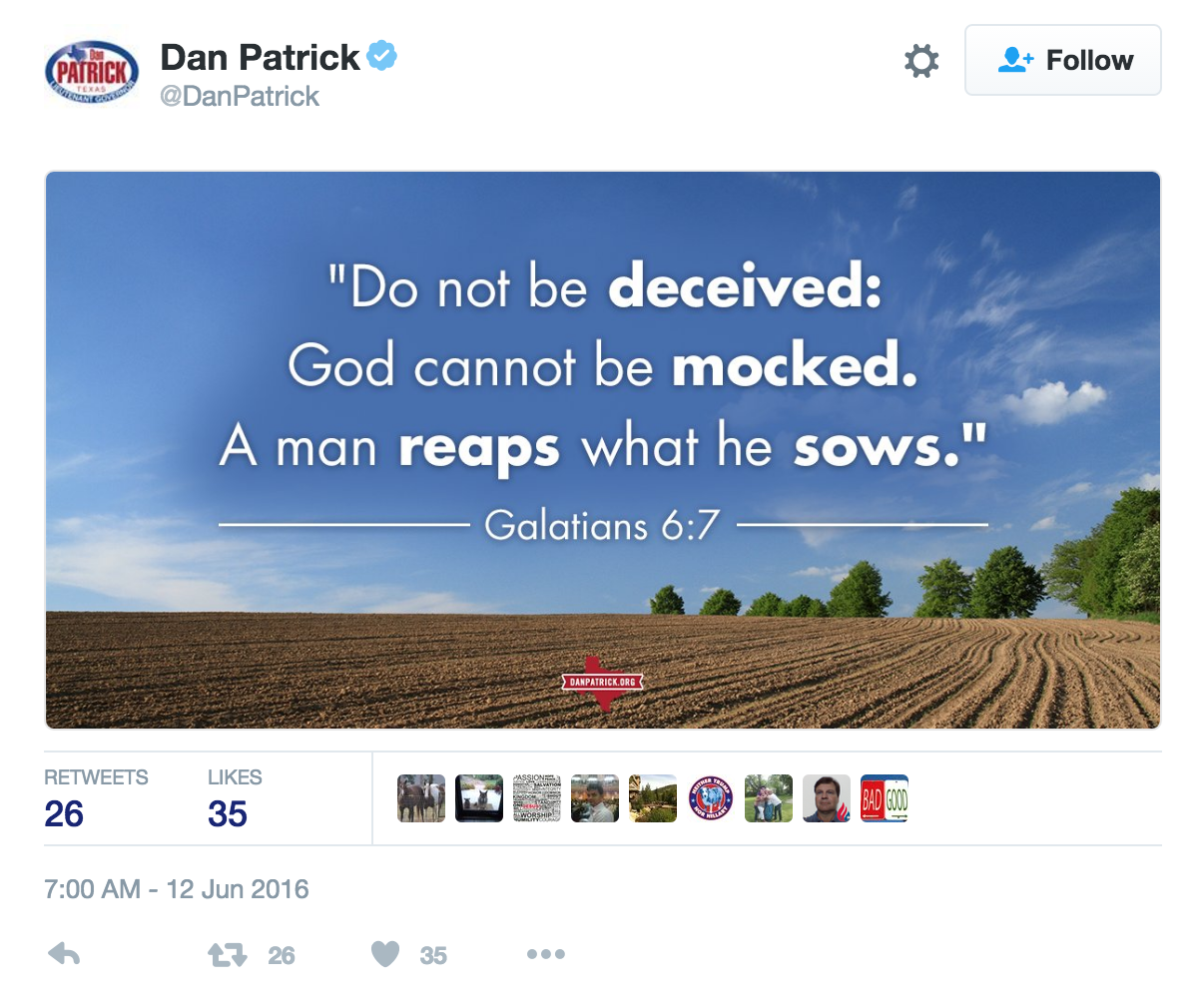 Conservative Christians, of course, believe that people who are openly and proudly gay — presumably like the folks who would go to a gay nightclub — are defiant of their God. If they don’t change their ways, or their sexual orientation, they’ll face an eternity of torture in Hell.

Even if this is a case of bad timing, how long does it take to issue an explanation and apology for suggesting something so horrible?