Last June, in a tremendous victory for church/state separation, the Supreme Court rejected an appeal in a case involving Christian invocations offered by the Rowan County Board of Commissioners in North Carolina.

That meant an earlier decision saying the prayers were unconstitutional remained in place. The Christians who wanted to impose their faith on everyone lost the case. Hallelujah! 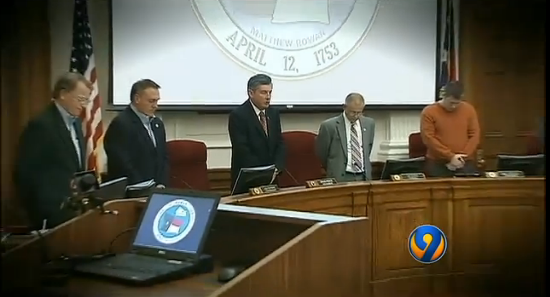 You can read the details of the case here, but here’s the update that deserves a lot of attention: Because local officials demanded the chance to shove Christianity down everyone’s throats, the county now owes the ACLU’s lawyers $285,000 in legal fees.

… The fees will be paid from the county’s fund balance, which is partially a savings fund.

“We are obviously very unhappy with this and I think a few of us are, probably, physically sick to our stomach that we have to do this, but this is the risk that we took,” [Board Chairman Greg] Edds told the Salisbury Post.

Damn right it’s a risk they took, and it was a foolish one. Any church/state experts could have told them that. But instead, they listened to ignorant conservatives who suggested their Christian-only prayers were in no way an establishment of religion as prohibited by the Constitution.

Edds even had the audacity to refer to the ACLU as “bullies.”

Edds called the ACLU “bullies” for its role in the Rowan County prayer suit as well as other lawsuits, particularly those in which small communities have been involved. Though, Edds did not cite other specific lawsuit examples.

Bullshit. They go after groups that are violating the law. It’s that simple. If you want to avoid them, stop breaking the law using Jesus as a shield. This isn’t the ACLU’s fault. This is the fault of Rowan County officials and the single brain cell they all apparently share.

They were too stubborn and now taxpayers have to foot the bill for their ignorance. 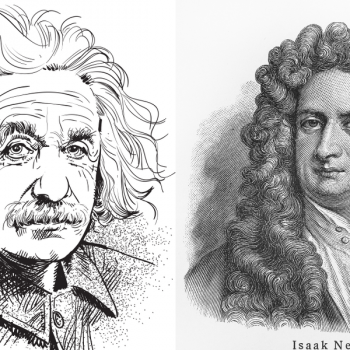 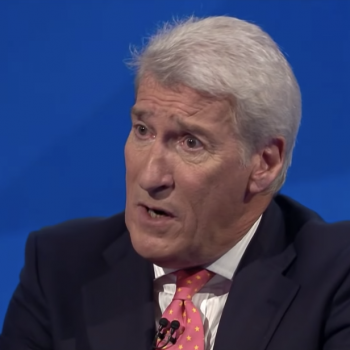