As we’ve posted about before, New York State Sen. Simcha Felder — a “Democrat” who caucuses with the Republicans, giving them a one-vote majority — essentially held the state’s budget hostage until it agreed not to interfere with the curriculum at yeshivas, the schools for Orthodox Jews. That meant there could be no oversight in these schools which do a pathetic job of educating students about anything other than their holy book.

Now some of those students are fighting back.

A group called Young Advocates for Fair Education (YAFFED) is suing state officials for the lack of oversight at their schools. They say that the law, which singles out Orthodox schools for this special treatment, violates church/state separation.

Pesach Eisen attended Orthodox yeshivas, where he says he studied religious texts in Yiddish and little else.

“I received zero secular education from the age of 13 till the end,” Eisen said at a press conference Monday. “I repeat: zero. No English, no math, no history, no science, no social studies, no physical activity, no gym, no sports, no nothing.”

The lawsuit itself was filed Monday and is very clear about the problem facing nearly 115,000 children at these Orthodox schools.

Whether or not the courts buy this argument, think about what YAFFED is asking for: They’re saying students deserve a right to a quality education, but a religious legislator, backed by other cowardly politicians who don’t want to alienate a large influential subgroup of New Yorkers, are basically throwing a bunch of students under the bus in the name of “religious freedom.” They are “on track to being denied a sound, basic education,” says YAFFED.

Keep in mind that these religious schools still get hundreds of millions of dollars in taxpayer funds each year to run Head Start, child care, and food programs.

Not all these children will grow up to be Orthodox rabbis or housewives. And if they ever break out of the bubble, they will be left without a solid foundation, all thanks to a state legislature (mostly Republicans but with a couple of powerful Democrats) that won’t stand up for the students.

(via Religion Clause. Screenshot via YouTube. Thanks to Brian for the link) 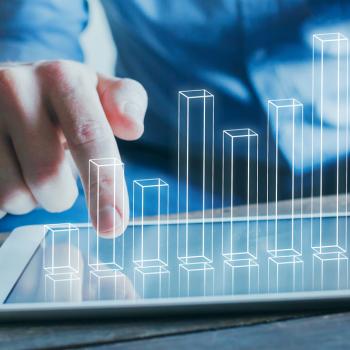 July 24, 2018
Computer Models Can Accurately Tell Us Which Societies Allow Atheism to Thrive
Next Post

July 24, 2018 4 New Allegations Against Top U.S. Catholic Suspended for Child Sex Abuse
Browse Our Archives
What Are Your Thoughts?leave a comment