Cardinal Theodore E. McCarrick, a former archbishop of Washington who became the Vatican’s most senior American representative to be removed for sexually abusing kids, was previously (and credibly) accused of assaulting a minor about 45 years ago when he was a priest. Now, he’s being accused of abusing four more individuals, including one victim who says the contact lasted 20 years beginning at age 11.

… The man filed a police report on July 17 with the Loudoun County Sheriff’s Office, a copy of which The Washington Post has seen.

Three other allegations have also surfaced against McCarrick, from men who said he sexually harassed or abused them early in their religious careers decades ago when they were young adults. Two were seminarians and one was a young priest at the time.

The highest-ranking U.S. Catholic leader to be removed for a child-sexual-abuse allegation, McCarrick declined through his canon lawyer Michael Ritty to comment last week. Susan Gibbs, his former archdiocesan spokeswoman, said that she had spoken with him and that he said he was committed to following the Vatican process.

If I were in McCarrick’s position, I’d trust the Vatican process, too. After all, it’s the Vatican that has propped up and covered for child abusers for many years.

But something could finally be changing… in part because the pope has something to prove.

McCarrick’s future now rests with Pope Francis, who as pontiff oversees the cardinals. Many church-watchers think this is a make-or-break moment for Francis because of McCarrick’s stature and the fact that Catholic clerical sex-abuse crises are exploding in Chile and Honduras.

To Pope Francis and other high-level Catholic leaders, let me put this to you in a way that you can understand: this is all a test. So I hope you pass it. Hold this man accountable for what he’s done, because if you don’t, there will be Hell to pay. 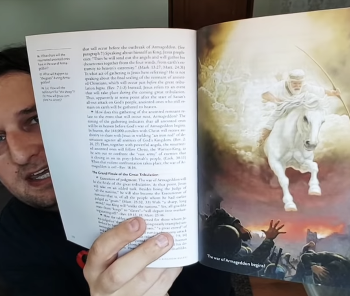