Jesus Taught Me How to Play Soprano Saxophone While I Was Dead, Says Christian March 15, 2018 Hemant Mehta

Jesus Taught Me How to Play Soprano Saxophone While I Was Dead, Says Christian

It’s Supernatural is the (completely serious) weekly Christian show hosted by Sid Roth that features testimonies from people who have personally experienced God. (Back in January, Roth re-enacted the alleged miracles of his guest’s famous grandfather by kicking and punching an imaginary baby in order to save it.)

This week’s guest was Kevin Zadai, a man who says he died during a dental procedure and went to Heaven… only to return to Earth to teach everyone about prayer.

But that’s not all! Around the 18:35 mark of the video below, Zadai talks about how Jesus also gave him music lessons during his brief death… but Jesus was not happy with the way Sadai played his saxophone, so He visited in the middle of the night to offer a refresher course. (Seriously.)

… [Jesus] told me that I didn’t have enough depth in my prayers, that I didn’t have enough access to the depths of my heart, and He explained it… In Psalm 16, David wrote that, prophetically, for me, He said. Jesus said that David wrote that Psalm, and He memorized that Psalm, because when He was in the depths of Hell, He said He rehearsed that Psalm over and over again, and He said, “I cleared a way out in that place for you, and for everyone, in Messiah, to pray from those depths.”

He said, “I prayed Myself out of Hell because I had the Psalm 16, and I prayed that continually, and then the Holy Spirit came and resurrected me.” And he said, “When you pray, you pray with that kind of a fervency, where you know who you are based on the scripture.” Because He said, “I had no witness when I was down there. I had no Holy Spirit help.” He said, “If the Father had not given the command,” he said, “I would sit down there until He gave the command for Me to be resurrected. That’s how much I trusted Him.” He said, “That’s where you pray from. You pray from those depths. That trust.”

[ROTH: And then He visits you and taught you how to play! But what kind of sax did he have?]

It was interesting, because there’s several types of sax. This one…

[ROTH: I think in terms of a sax that’s kinda curved…]

Yes! And I have all of them, but this particular one He had was a soprano sax. It was a beautiful gold saxophone, and I was sleeping at the time, and I heard something, so when I woke up, He was standing there, and He had this saxophone in His hands, and He started to play it over me… He took it away from His mouth and handed it to me and He said, “You play.” And I go, “Lord, I can’t play like that!”

He said, “That’s because you’re doing it wrong.” He said, “Let me show you.” He said, “Stand up.” So I stood up. My wife was still sleeping. And I looked around and He goes, “See all that around you?” He said, “That’s the Holy Spirit and the presence and glory of My Father.” He said, “That’s always there.” He said, “What’s wrong is that you’re not breathing in Heaven first.” He said, “Breathe that in first, and then blow it through your horn, and it’ll work out just fine.”

So I took a big breath and all this gold air around me went inside of me, and I put that horn that He handed to me in my mouth, and I blew, and it was exactly like Jesus had played.

Got that? Jesus didn’t enjoy the way Zadai was blowing His horn, so He taught him the proper way to do it, and then Zadai put it in his mouth, and they had great sax.

And you thought that made God uncomfortable… 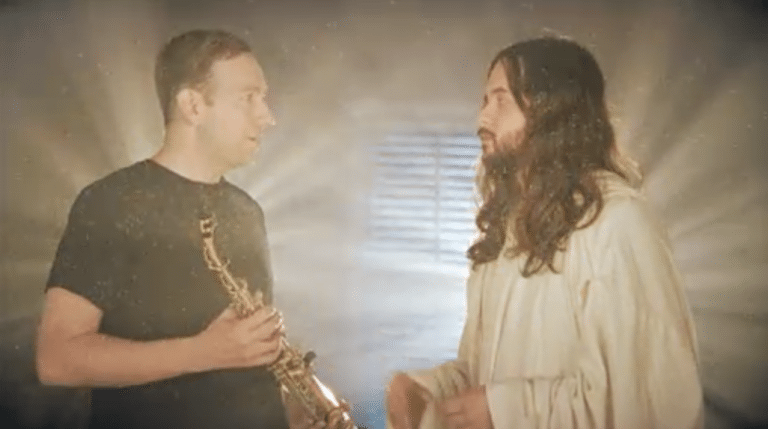 Keep watching the video because Zadai then plays the Holy Saxophone for the entire audience and they all weep in glory.

There’s only one takeaway from all this: Kenny G. is our new God now. All hail Kenny G.

(via Be Not Deceived. Thanks to @williamwarren00 for the link) 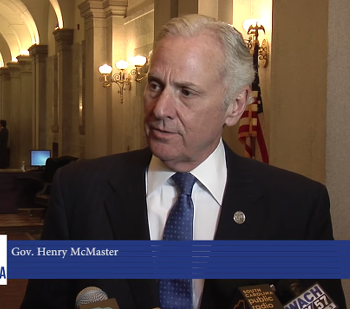 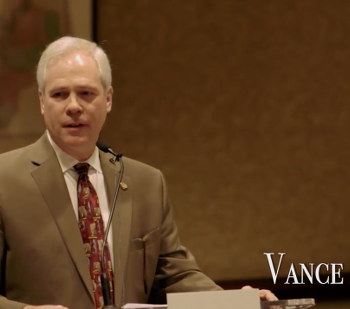 March 15, 2018 Christian Judge Who Wouldn't Marry Gay Couples Suspended for Three Years
Browse Our Archives
What Are Your Thoughts?leave a comment